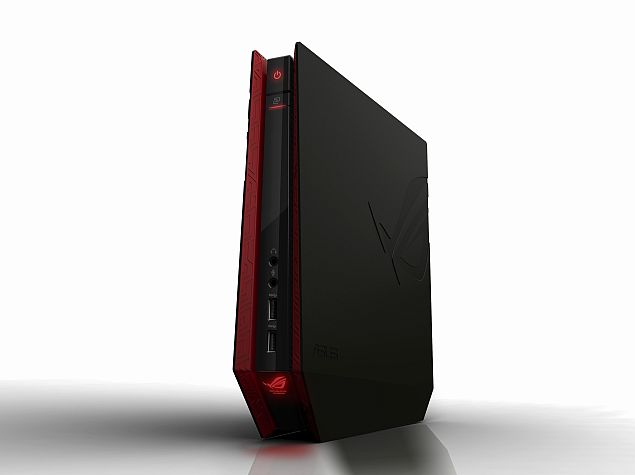 The highlight of the launch is the first of Asus' upcoming Steam Machines, the ROG GR8, that runs the latest Windows 8.1 OS and is SteamOS and Steam Controller compatible (it will ship with a Steam Controller). The Intel Core i7-powered PC features an Nvidia GeForce GTX 750Ti graphics card, also streams HD videos from Android smartphones/ tablets, Windows 8.1 PCs and WiDi 3.5+ devices.

Asus has additionally launched ROG G20 gaming desktop (which will be available as both a Steam Machine and a regular small form factor gaming PC) with the same processor as the ROG G8, but uses an Nvidia GeForce GTX 780 graphics card instead of the ROG GR8's Nvidia GeForce GTX 750Ti. Also running Windows 8.1, it takes up a larger 12.5-litres of space.

With its ROG GR8 and ROG G20, Asus has joined the line of third-party partners who offer Steam-compatible machines. Some of the other partners apart from the list that was revealed during this year's CES 2014 include Alienware and Origin PC. Previously the SteamOS-based gaming engines were scheduled for H2 release in this year however, last month Valve announced it is now 'realistically' looking at a release window of 2015 for several reasons, including the fact that Steam Controller and SteamOS under beta testing.

Asus' ROG Gladius gaming mouse also made an appearance at the event. The mouse comes with gamer-centric ergonomics along with some "flexible customisations." The new ROG GK2000 gaming keyboard with metal finish and red backlighting has been also unveiled. Also unveiled, was the ROG GX500 gaming laptop.