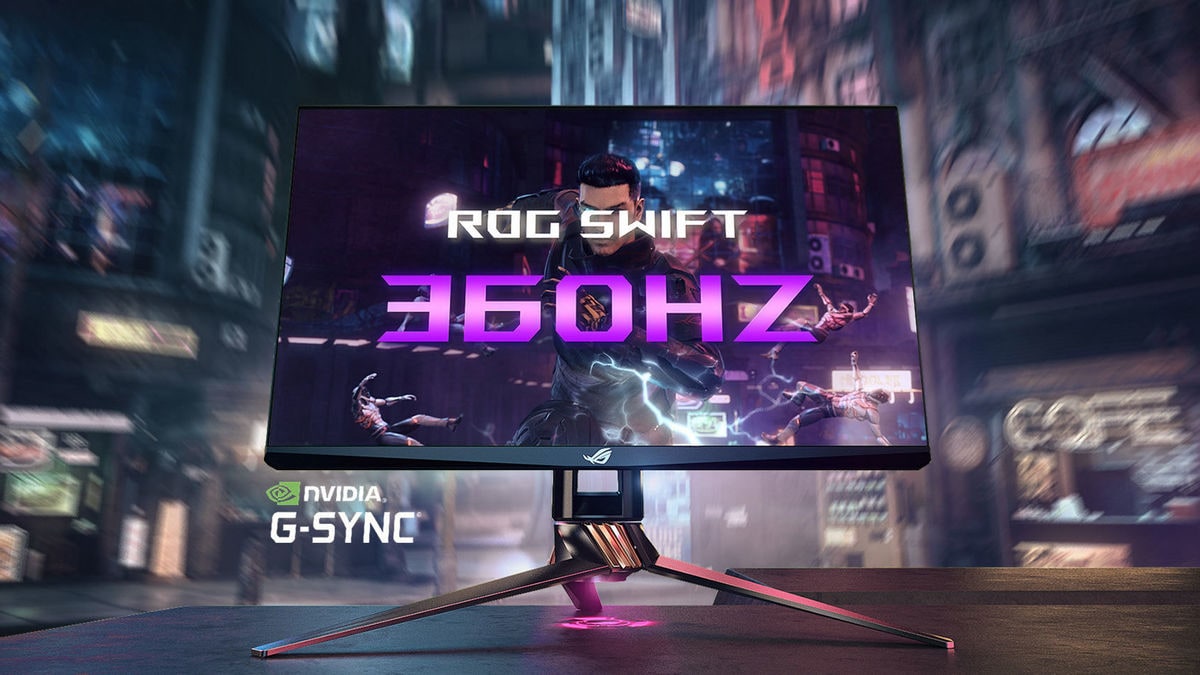 The Asus ROG Swift 360Hz gaming monitor is claimed by Asus to put out a whopping 50 percent more frames every second compared to 'conventional' 240Hz monitors, supplying e-sports and competitive gamers with the edge they need to win. As we mentioned, the ROG Swift 360Hz is Nvidia G-Sync certified, and features a full-HD resolution. Unfortunately, pricing and exactly availability information is not known for now.

"The ROG Swift PG32UQX doesn't hold back in style, designed with multiple textures on the back of the display, separated by a subtle diagonal chrome strip. An Aura Sync-enabled RGB LED ROG logo lets users coordinate the PG32UQX with other Aura Sync-enabled components for a fully harmonised battle station. And a logo projector in the base of the ROG trademark twisted stand lets users show off the Republic of Gamers logo or display a customized logo using the included blank discs," the company said in a statement.