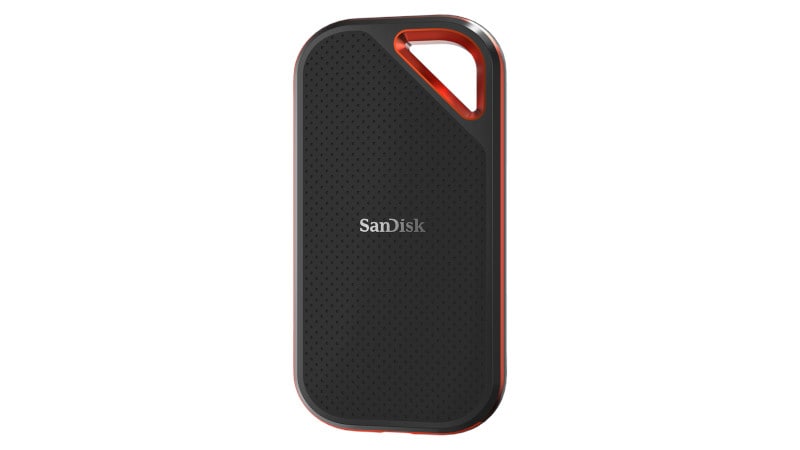 CES 2019: The SanDisk Extreme Pro Portable SSD will go on sale in Spring

SanDisk Extreme Pro Portable SSD and a prototype of the SanDisk 4TB USB-C thumb drive were showcased by Western Digital (WD) at CES 2019, amongst other products. The company also launched the WD My Passport Go SSD portable drive as well as a cloud-based backup service called SanDisk Flashback. The Extreme Pro Portable SSD will go on sale this Spring, whereas My Passport Go SSD is already on sale. The company has noted that the SanDisk Flashback backup service will only be available in the United States initially.

In terms of the specifications, this SanDisk-branded portable SSD will weigh just 79 grams with 112x58x11.5mm dimensions. It is also shock and vibration-resistant as most professional grade portable SSDs out there.

SanDisk 4TB USB-C Prototype thumb drive
Currently in just prototype stage, Western Digital's 4TB USB-C Prototype thumb drive is the world's highest capability portable USB drive. It is unclear when it will release for mass market, but hopefully it won't take too long. Don't expect a reasonable price-tag anytime soon though. The specifics of the device are a mystery at this point, but AnandTech speculates that the USB drive could be using 1.33TB QLC 96L NAND that the company started sampling in July last year.

SanDisk Flashback
It is the company's new cloud-based backup service for thumb drives and will come bundled (1-year free trial) with SanDisk Ultra and SanDisk Ultra Fit Flash. For the time being, the service will remain US-only. The Flashback service basically creates a copy of the content of your thumb drive in the cloud, so that you can access the content even when you don't have the flash drive with you. Additionally, you can share the uploaded content with other people. There is no word on the service pricing after the initially one-year free trial period.

My Passport Go SSD
Western Digital has also unveiled the My Passport Go SSD portable drives, however as per an Amazon listing, the drive has been selling since November last year. The My Passport Go packs up to 1TB of storage and sports a durable form factor. It claims to offer 300MBps transfer speed and includes a USB 3.0 Type A interface. Although the company hasn't mentioned the pricing of the portable SSD, the Amazon listing carries a $90 (roughly Rs. 6,300) price-tag for 500GB model and $170 (roughly Rs. 11,900) for the 1TB model.

Xiaomi Mi 9 May Just Have Been Spotted on Geekbench as 'Cepheus', Snapdragon 855 SoC Seen
WhatsApp to Soon Get Fingerprint Authentication on Android: Report