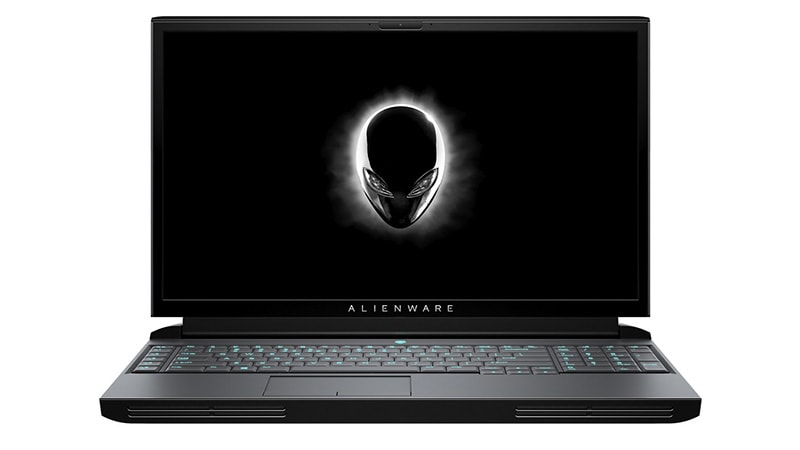 At CES 2019, Dell introduced its flagship gaming laptop called the Alienware Area-51m, which boasts of some very unique features. This is by far the most upgradeable gaming laptop we've come across yet, as the Area-51m uses desktop-class Intel CPUs and Nvidia GeForce RTX GPUs and both of them can be upgraded. This modular design technically gives you the headroom to simply swap out the CPU or GPU a few years down the line, without having to replace the entire laptop. The Alienware Area-51m is available in two colours — Lunar Light and Dark Side of the Moon — and goes on sale from January 29 for a starting price of $2,549 (roughly Rs. 1,77,000), with lower priced configurations coming soon.

The laptop uses an all-new industrial design language, which Dell has codenamed ‘Legend'. The chassis is built using a magnesium alloy and there's a new ‘three-knuckled hinge' design which is said to reduce the overall footprint. The laptop is designed to be a desktop replacement, in the true sense of the word.

It weighs a mighty 3.87kg, has narrow bezels on three sides, and is offered with the 5th generation of Tobii Eye Tracking technology. Of course, this being an Alienware laptop, the Area-51m supports AlienFX customisable lighting across various areas, Command Centre for custom profiles, Cryo-Tech 2.0 technology for better cooling and the company's TactX keyboard with 2.2mm of travel and pre-key RGB backlighting.

Alienware Area-51m specifications
The laptop uses desktop-class Intel 9th generation CPUs, which ranges from a Core i7-8700 up to a Core i9-9900K, which is an eight-core CPU. Since it is designed to be upgradeable, the Area-51m uses socketed Intel Z390 motherboard, just like you'd find on desktops. We've only recently seen Acer do something similar, with a socketed Ryzen CPU in their Predator Helios 500 gaming laptop. Coming back to the Alienware, you get four RAM slots which can accommodate up to 64GB of DDR4 RAM; single, dual and triple storage configurations ranging from hybrid drives, PCIe M.2 SSDs to even a bunch of them in RAID 0 configurations.

The Dell Alienware Area-51m is a new breed of gaming laptops, which could spark a new trend for 2019

The Alienware Area-51m is only available with a 17.3-inch IPS display and the resolution tops out at full-HD. However, you can choose between a standard 60Hz panel; one with Nvidia G-Sync, a 144Hz panel and Tobii Eye Tracking or the ultimate combo, which includes a 144Hz panel, Tobii Eye Tracking and Nvidia G-Sync. The laptop also features a HD webcam with dual-array mics and stereo speakers.

For connectivity, you get three USB 3.1 ports (Type-A), a Thunderbolt 3 port (Type-C), HDMI 2.0, Mini-DisplayPort 1.4, headphone and microphone sockets, Gigabit Ethernet, and a Alienware Graphics Amplifier port. The laptop has a 90WHr battery but in order to feed these power-hungry components, the laptop ships with two AC power adapters with varying wattage depending on the configuration you pick.

Dell Alienware's Command Centre software, which lets you control peripheral lighting, power management, thermals, overclocking, audio, and content organisation, has gotten over 30 updates and as a first, you can now overclock the graphics card in your laptop, in addition to the CPU and RAM.