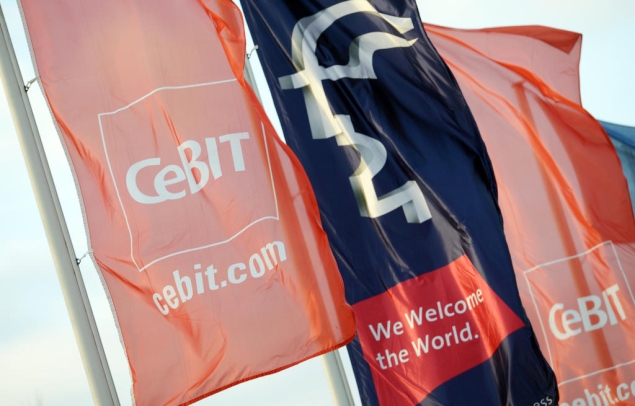 Known throughout the world for quality cars and industrial giants, Germany is now seeking to position itself for the coming revolution, "industry 4.0", powered by Internet.

"The Internet has become an integral part of industry," said Chancellor Angela Merkel as she inaugurated the CeBIT, the world's biggest high-tech fair here in the northern city of Hanover.

And German firms at the CeBIT show were scrambling not to get left behind by the global competition when it comes to making industrial processes smarter and more interconnected.

The German Research Center for Artificial Intelligence (DFKI) showcased its "smart factory", showing how industrial processes can be made more efficient when connected by Internet.

As an example, the DFKI demonstrated how a plastic badge installed with a tiny RFID identification chip instructs the machines involved in its production.

The chip can tell other machines what to engrave on its surface, what colour to paint it or whether to stick on instructions in French, German or Portuguese.

The idea of the project, which should be rolled out on an industrial scale in Germany next year, is to allow a production process that is both large-scale and highly specific.

Nearby, a DFKI staff member demonstrates a pair of large black glasses that look like they have been taken straight from a sci-fi film.

He turns towards a machine and begins to repair it with the aid of holographic instructions that are beamed into his glasses.

"The idea is to make non-specialists capable of repairing" the machines, without having to wait for an expert engineer, he explained.

Beyond individual industrial processes, big German firms are also looking at ways to link up whole factories via the Internet and even get separate plants to communicate with each other.

The idea of "networking" factories is "the motor for productivity gains in the coming years," Jim Hagemann Snabe, one of the bosses of German software SAP, told the CeBIT fair.

The new revolution is going to require the Internet to become much more powerful. According to figures published by US firm Cisco, more than 50 billion objects will be connected to each other via the Internet by 2020.

And Germany is already trying to make sure that its huge network of small and medium-sized businesses, the backbone of Europe's strongest economy, will not be left behind in the global race to make industry smarter.

Three industry lobby groups, in telecommunications, machine-tools and electronics, have clubbed together to launch from April a joint information platform, saying it was of "enormous importance" for the country's factories.