Asus Zenbook 17 Fold OLED foldable laptop features a 17.3-inch screen that can be folded into a 12.5-inch screen. 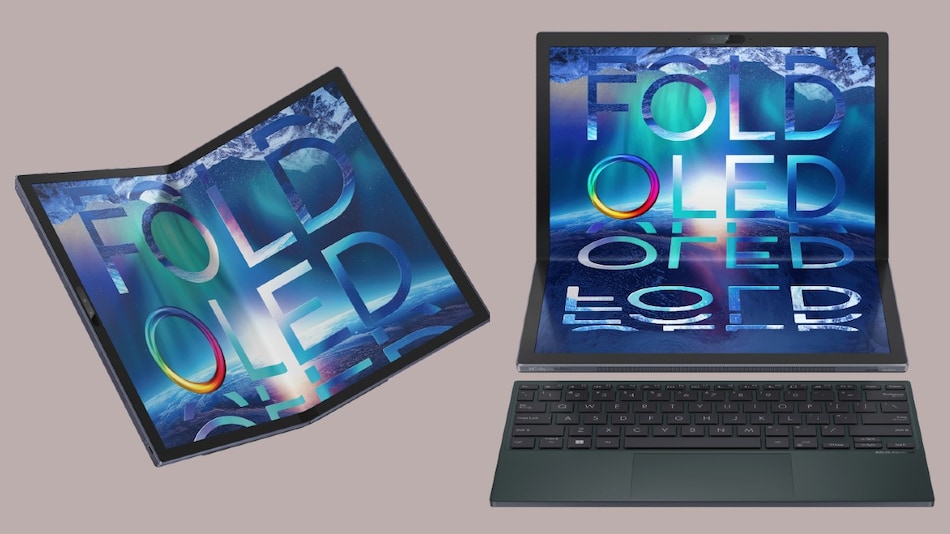 Asus Zenbook 17 Fold OLED foldable and Zenbook 14X OLED Space Edition laptops were unveiled at CES 2022. The Asus Zenbook 17 Fold OLED consists of a large 17.3-inch display that can be folded to become a 12.5-inch display. Asus says that the hinge has been tested for 30,000 cycles for durability. The machine is powered by up to 12th Gen Intel Core i7 U-series processor. The other offering from Asus is the Zenbook 14X OLED Space Edition launched to commemorate the 25th anniversary of the first Asus laptop sent into space. It features a 3.5-inch secondary display on the lid.

Asus Zenbook 17 Fold OLED is equipped with a foldable 17.3-inch OLED display with 2,560x1,920 pixel resolution, 500 nits of peak brightness and a 0.2ms response time. Asus says that the Vesa-Certified touchscreen display has a 4:3 aspect ratio and can be used in laptop, PC, tablet, as well as book modes. Users can also work on multiple screens via the ScreenXpert feature. The 17.3-inch screen can be folded to become a 12.5-inch screen that offers 1,920x1,280 pixels and 3:2 aspect ratio.

Under the hood, Asus Zenbook 17 Fold OLED is equipped with a 12th Gen Intel Core i7 (1250U) processor clocked at 1.1GHz (up to 4.7 GHz), paired with Intel Iris Xe Graphics. There is up to 16GB LPDDR5 RAM on board along with 1TB M.2 NVMe PCIe 4.0 Performance SSD. The laptop also meets US MIL-STD 810H military-grade standard, as per Asus.

It can be paired with ErgoSense Bluetooth keyboard when used in PC mode. The Asus Zenbook 17 Fold OLED comes with a Harman Kardon-certified quad-speaker Dolby Atmos audio system. There is a smart amplifier that is claimed to maximise volume by up to 3.5x louder than a standard amplifier, the company claims. Asus says that the distortion-suppressing dual-channel smart amplifier is equipped with a DSP chip that also prevents long-term damage to the sensitive speaker voice coils.

The Asus Zenbook 14X OLED laptop is powered by an 12th Gen Intel Core i9 (12900H) processor clocked at 2.5GHz (up to 5.0 GHz) paired with Intel Iris Xe Graphics. The laptop is equipped with 32GB of LPDDR5 RAM and 1TB of M.2 NVMe PCIe 4.0 Performance SSD on board. Asus says that the laptop meets US MIL-STD 810H military-grade standard.