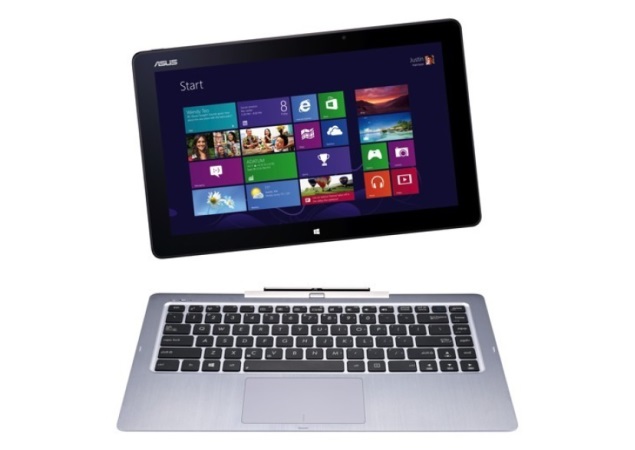 The Asus Transformer Book T300 comes with a 13.3-inch full-HD (1920x1080) display which can be detached from the laptop and used as a tablet. It is powered by a fourth-generation Intel Core processor with Intel HD 4000 graphics and 8GB of RAM. It runs Windows 8. The Transformer T300 includes a 256GB of SSD (Solid State Drive). The company claims that the laptop can deliver up to eight hours of battery life.

Connectivity options on the tablet include USB 3.0, Micro-HDMI, and Wi-Fi.

The tablet features a front-facing 720p HD camera and a 1080p Full HD rear camera, however, the company has not shared details about the resolution of both the cameras. It also comes with stereo speakers powered by ASUS SonicMaster audio technology.

Asus has not announced pricing and availability details of the Asus Transformer Book T300, yet.

Earlier, Asus launched the X102BA laptop targeting students. The Asus X102BA laptop comes with a 10.1-inch (1366x768) display with support for 10-point multi-touch. The laptop is backed by the AMD A-Series APU and includes 2GB of RAM with a 320GB hard drive. It comes with Microsoft Office Home & Student 2013 with full versions of Word, Excel, PowerPoint and OneNote that comes bundled with the system. The Asus X102BA runs Windows 8.