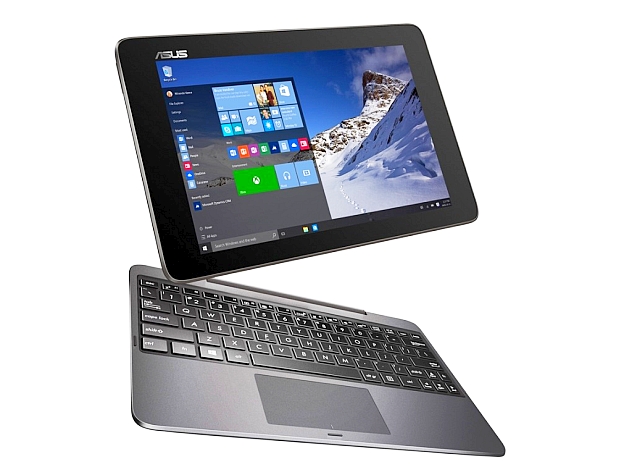 Amidst a dozen devices including the ZenPad range of tablets, ZenWatch 2 and ZenFone Selfie handset, Asus during the Computex 2015 event in Taipei also introduced its Asus Transformer Book T100HA. The 2-in-1 laptop is a follow-up to the company's Windows 8-based Transformer Book T100 laptop.

The latest Transformer Book offering from Asus runs on Windows 10, the launch date of which was announced on Monday to be July 29 by Microsoft. Like the Asus ZenPad S 8.0 (Z580CA) tablet, the Transformer Book T100HA laptop-tablet hybrid also comes with USB Type-C support.

Featuring a 10.1-inch detachable display with HD (800x1280 pixels) resolution that doubles up as a tablet, the Asus Transformer Book T100HA is powered by a quad-core Intel Atom 'Cherry Trail' x5 series processor clubbed with 4GB of RAM. A rear camera with an unknown resolution is also included.

Weighing 580 grams, the Transformer Book T100HA is 8.45mm thick and is rated to deliver up to 14 hours of battery life. The firm has not yet mentioned the price of the 2-in-1 laptop, however it did mention the device to hit the shelves in Q3 of this year. The laptop-tablet hybrid sports a metallic finish and will be available in Silk White, Tin Grey, Aqua Blue and Rouge Pink colour variants upon its launch. 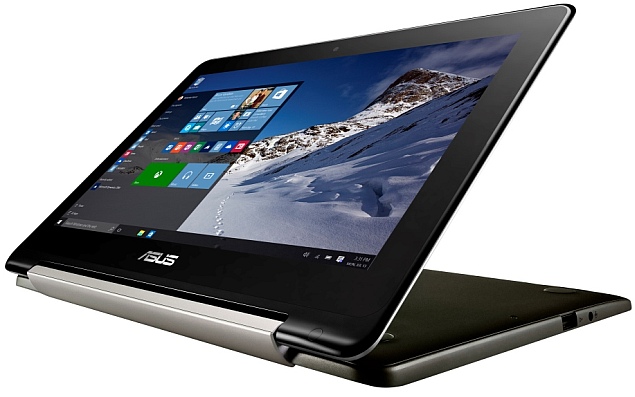 At Computex 2015, Asus also launched the 11.6-inch Transformer Book Flip TP200, featuring the 360-degree hinge used in the Flip Series. To be made available in Q3 2015, it will come with Windows 10 pre-installed.

Asus is promising a 8-hour battery life for the Transformer Book Flip TP200, as well as the inclusion of a USB 3.1 Type-C port.