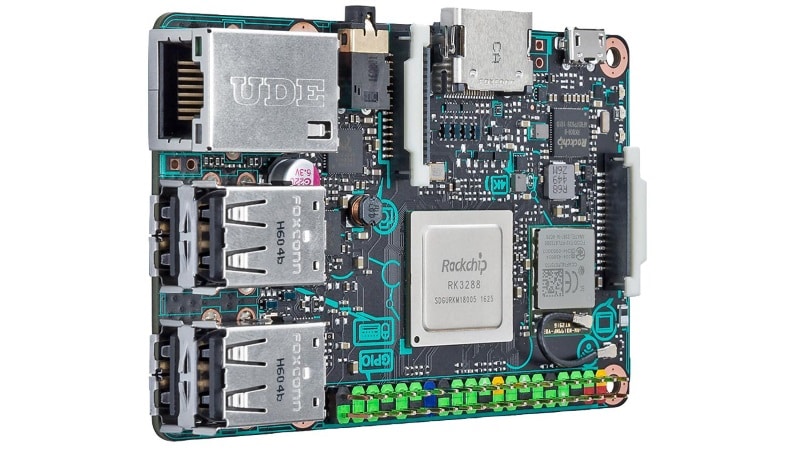 Raspberry Pi has now earned itself some competition as Asus has launched its Tinker Board card computer that pushes the boundaries for what card computers can achieve. Thanks to its robust hardware specifications, Asus Tinker Board is capable of playing videos at 4K resolution and supports up to 192kHz/24-bit audio.

Interestingly, the Tinker Board comes with twice as much memory as Raspberry Pi i.e., 2GB of RAM. The mini PC comes with support for 802.11 b/g/n Wi-Fi, 40-pin internal header with 28 GPIO pins, CSI port for camera connection, contact points for PWM and S/PDIF signals, and a 3.5mm audio jack connection, as per specifications mentioned on CPC.

Liliputing points out in its report that even though the Asus Tinker Board possesses more power on paper, the crucial factor will come in the form of software support. There are several other options that feature better specifications than Raspberry Pi but the software available for this line of products and support behind it is hard to match.

The Tinker Board has been priced at GBP 55 (roughly Rs. 4,700), expectedly higher than Raspberry Pi due to its superior hardware specifications, and is already available for purchase in Europe and the UK.