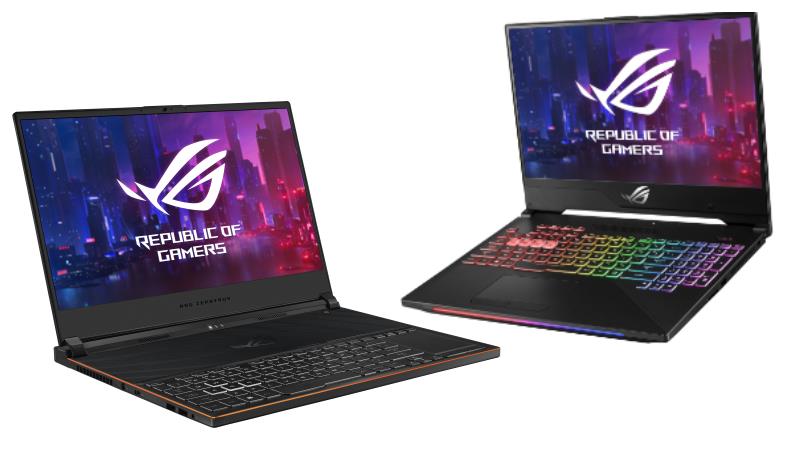 Asus has launched its latest ROG (Republic of Gamers) gaming laptops in its Zephyrus, Strix Scar, and Strix Hero ranges as well as a gaming desktop PC in India, featuring new Nvidia GeForce RTX graphics processors. These laptops were first unveiled at CES 2019 in January. The company is promising fast 144Hz displays and new 8th Gen ‘Coffee Lake' Intel Core CPUs across this new lineup, as well as slim screen borders and thin, light designs with innovative cooling solutions. The new Asus ROG Strix Scar and Strix Hero models are available in India starting today, priced at Rs. 1,64,990 onwards, while the new 15.6-inch and 17.3-inch ROG Zephyrus models will be available starting on April 11. Interestingly, the Asus ROG Mothership is not one of the models being launched in India.

The ROG Strix Scar II and ROG Strix Hero II are both priced at Rs. 1,64,990 and are very similar, but while the Scar series is aimed at FPS (first-person shooter) players with a gunmetal lid, red accents, and printed camouflage pattern, the Hero series is black with a “cyber-text” printed pattern. Both models feature RGB backlit keyboards with four lighting zones, plus an RGB LED light bar on the front lip and an illuminated ROG logo on the lid. The ROG Scar II has translucent WASD keycaps, while the ROG Hero II has the same but for its QWER keys which the company says is to highlight its usefulness in MOBA-style games.

There is also a version of the ROG Scar II with an Nvidia GeForce RTX 2070 GPU and 512GB SSD with all other specs remaining the same, priced at Rs. 2,09,990. All three of these laptop models are available immediately, according to Asus.

For those with higher-end tastes, the new ROG Zephyrus S GX531 is described by Asus as “the world's slimmest gaming laptop” at between 15.35mm and 16.15mm thick. It has a patented cooling system with dust-resistant fans, five heatpipes and four heatsinks. There's a 15.6-inch 144Hz anti-glare full-HD screen, six-core Intel Core i7-8750H processor, 16GB of DDR4 RAM, and Nvidia GeForce RTX 2070 GPU with Max-Q optimisation which is claimed to lower heat dissipation and power consumption without affecting performance in games. This laptop has a 512GB PCIe SSD but no secondary storage. You get USB 3.1 Gen2 Type-C and Type-A ports as well as one USB 3.1 Gen1 port, HDMI and Mini DisplayPort video outputs, Wi-Fi 802.11ac, and Bluetooth 5. The Zephyrus S GX531 is priced at Rs. 2,39,990 and will be available in India starting on April 11.

Finally, Asus has also introduced three variants of its ROG GL12 CX gaming desktop which comes factory overclocked with a custom closed-loop liquid cooler for heat dissipation. The base variant is priced at Rs. 2,13,990 and offers an Intel Core i7-8700 CPU with an Intel B360 chipset-based motherboard, Nvidia GeForce RTX 2070, 16GB of DDR4 RAM, 512GB PCIe SSD and 1TB hard drive. You can step up to 32GB of DDR4 RAM and a 2TB hard drive with all the same components for Rs. 2,19,990, but the PCIe SSD is listed at 256GB which is a step down.

The Division 2 PS4 Download Size Is 90GB Even If You Buy It on Disc: Report
Sekiro: Shadows Die Twice PS4 Pro Frame Rate Is Not Locked at 60fps