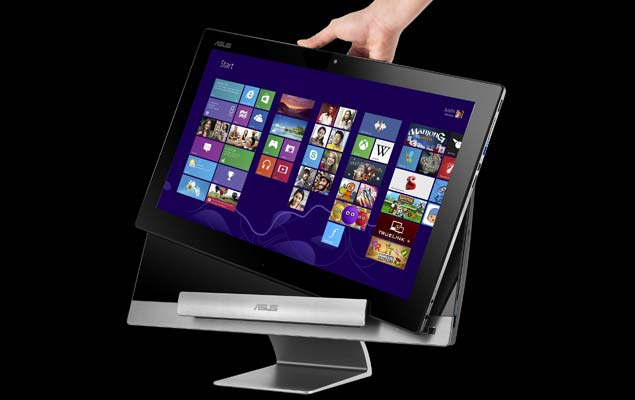 ASUS Transformer AiO comes with a detachable display that can also be used as a standalone tablet around the home, the company said.

"With the introduction of new product, we are creating a new segment or in other words all-in-one product. Our efforts are to grow this new segment by coming out with innovative products and which gel with the consumers' demand," ASUS (India) Country Head (Component Business) Vinay Shetty said.

He said the product has received a good response from the US, Japan and Australia, where it launched the product last October.

"We have already sold around 1,000 units both in Australia and Japan since its launch in October," Shetty said.

ASUS Transformer AiO consists of a desktop PC station with a third generation Intel Core desktop processor for Windows 8 performance, and a detachable 18.4-inch display with its own NVIDIA Tegra 3 quad-core processor for use as a self- contained tablet with Android 4.1, the company said.

It gives users the mobile flexibility of a tablet with the performance of a powerful desktop PC, all in one compact and stylish package most suitable for home and office.