ARM Set to Take on Intel With Its Deimos, Hercules CPU Designs 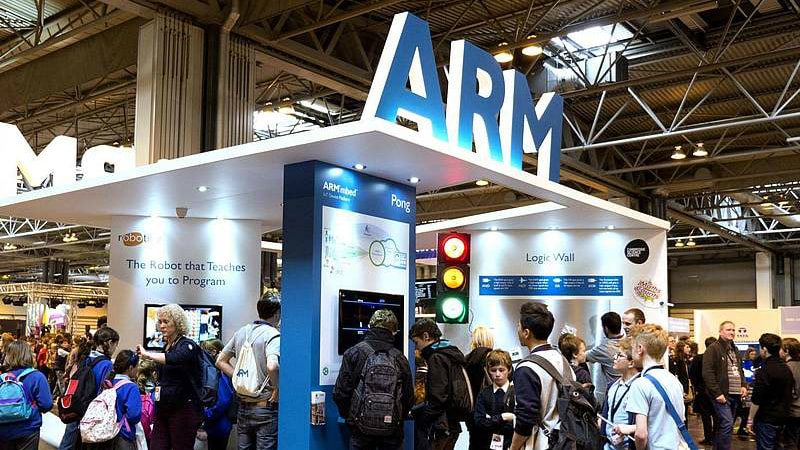 ARM has unveiled its CPU roadmap that has Deimos and Hercules CPU designs, based on 5nm and 7nm process.

ARM stepped into the world of PCs last year with Qualcomm Snapdragon chips powering Windows-based 'Always Connected' notebooks in December. While that was already a competitive move to rival Intel that is dominating the market of desktops and notebooks, ARM is now set to bring newer processor architectures to enhance the computing experience and ultimately make things difficult for the Santa Clara, California-based company that is largely taking on AMD. The company that unveiled the Cortex-A76 CPU design in June has now revealed its roadmap that has "Deimos" for 2019 and "Hercules" for 2020 along with optimisations for the latest 5nm and 7nm nodes.

The recently unveiled Cortex-A76 is competing against Intel's 2.6GHz Core i5-7300U with the 7nm node over the dated 14nm process adopted by the Core i5 chip. However, ARM is now planning to give a tough fight to Intel by bringing the Cortex-A76 successor, codenamed Deimos in 2019 that is claimed to deliver over 15 percent increase in computing performance against the predecessor. The new CPU design is also touted to be based on ARM DynamIQ technology and is optimised for the latest 7nm nodes.

If 7nm process CPU design isn't pleasing, ARM has also announced that it is building a new CPU design for 2020, codenamed Hercules, that will be based on the 5nm process. The futuristic chip is touted to offer 10 percent improved power and area efficiency over the Deimos chip.

Alongside faster performance and an enhanced power efficiency, the new CPU designs by ARM will help bring 5G connectivity. The company believes that the combination of its silicon and foundry partners will enable its future SoCs to break through the dominance of Intel's x86 and help gain "substantial market share" in Windows notebooks and Chromebooks market over the next five years. Chipmaker Qualcomm is already working with ARM to bring its development into reality over time.

"The CPU roadmap ARM has laid out coupled with Qualcomm's heterogeneous approach to computing across our various IP block and integrated connectivity, will allow for new advancements in the always-on, always-connected PC experience offered by the Qualcomm Snapdragon Mobile Compute Platform," said Alex Katouzian, senior vice president and general manager, mobile, Qualcomm Technologies, in a press statement. "Our mission continues to bring the best of the mobile world to the PC, with great battery life, sleek innovative form factors, and Windows 10 for on-the-go productivity."

It is worth pointing out here that while ARM is showing the inferior performance of Intel Core processors, Intel is set to launch its ninth-generation Core processors later this year to retain its leadership in the PC market. The company is also working on its Cannon Lake chips that are so far rumoured to be based on the all-new 10nm process to deliver better power efficiency over the existing processors. There isn't any specific schedule on the launch of the new chips, though.

Pokemon Go: 'Gen 4' Pokemon Could Be on Their Way