Apple Silicon for Mac Machines Announced at WWDC 2020, Ditching Intel: Here's All You Need to Know 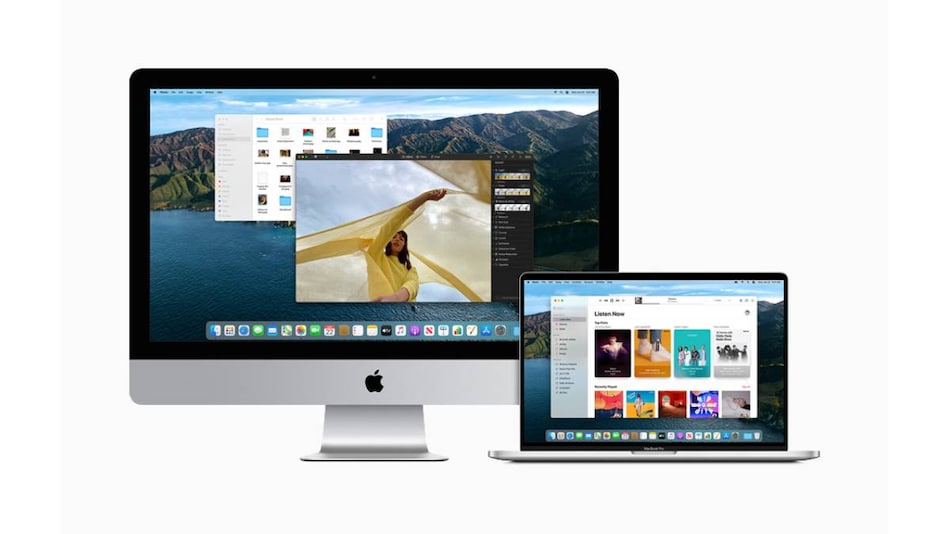 The transition is expected to take approximately two years

Apple has formally announced its intention to transition the entire Mac lineup to its own in-house processors, as has been heavily rumoured for many years now. The first Mac based on Apple's own silicon will ship by the end of 2020. Although no specifics have been announced, it is widely rumoured that Apple's first Macs based on the new architecture will be a completely redesigned iMac and MacBook Pro. Apple has said it will take two years to fully transition all Mac desktops and laptops to the new architecture, but the company also hinted that the move was seen as necessary for Apple to develop new kinds of computers.

During this year's remotely held version of the company's annual WWDC opening keynote, Apple CEO Tim Cook and Senior Vice President of Hardware Technologies Johny Srouji announced that this effort has been in progress for a long time now.

With the release of macOS Big Sur previews, the transition has already begin. Macs will be able to run iOS and iPadOS apps without any modifications. Developers can get started on making their existing software compatible using Xcode 12 beta, which includes native compilers and debugging tools. A new framework called Rosetta 2, along with virtualisation technology, will help with compatibility issues.

Apple developers can also apply for a Universal App Quick Start Programme which will include documentation, forums, beta software, and a hardware Developer Transition Kit in the form of a modified Mac Mini based on the Apple A12Z Bionic processor that powers the latest iPad Pro. The kit will have to be returned to Apple at the end of the programme.

Calling the transition “a huge leap forward” for the Mac, Srouji recounted Apple's successes with its A-series processors for the iPhone, iPad, and Apple Watch over the past ten years since the introduction of the A4. With an emphasis on power efficiency as well as performance, users will not have to sacrifice speed to fit within the battery and thermal constraints of a notebook with future Macs, Srouji said.

The move doesn't mean that Intel-based Macs are outdated already; Apple says that new models are currently in development and will ship alongside A-series Macs for a while. Existing Macs will also be supported with new macOS releases for many years to come.

Integrating hardware and software has been important for Apple, which is the only consumer computer manufacturer to create its own operating system and now its own processors. Apple has so far delivered over 2 billion SoCs and many more supporting chips developed in house, across its products. Srouji said that iPhone CPU performance has increased by 100X in ten years, and the iPad Pro is currently faster than “the vast majority of PC laptops”.

The move gives Apple a common architecture across all Apple hardware products. This will be the fourth architecture transition for Macs, which started out using Motorola processors and shifted to IBM's Power before adopting Intel X86 CPUs in 2006.