Apple Updates macOS Big Sur to 11.5.2, No Changelog Included in 2.9GB Update: How to Install

Apple introduced macOS Big Sur in the form of public beta in August last year and then a stable version was released in November. 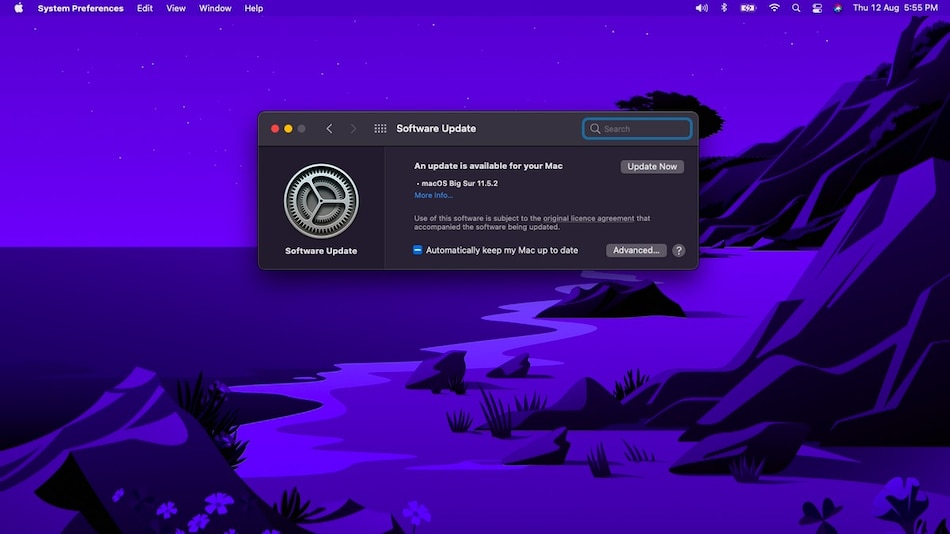 macOS Big Sur to 11.5.2 does not have any published CVE entries

Apple has released a big update for macOS but it doesn't seem to have brought many changes. The update has already started reaching users and is around 2.5GB to 2.9GB in size. Apple has not shared a changelog for the update either and it just claims to include bug fixes. macOS Big Sur 11.5 introduced a new feature to Big Sur — Podcasts Library tab, apart from addressing some bug fixes. The new update with version 11.5.2 does not mention what all has been changed.

macOS users have started receiving Big Sur 11.5.2 update which, as per Apple's website and the macOS update page, “includes bug fixes for your Mac.” That's about all the information shared officially for the update. Things seem to be the same after the update which ranges from around 2.5GB to 2.9GB in size — quite hefty for just bug fixes, some might say. However, ZDNet reports that on the first boot after this update, users were given an option to set up accessibility features and set up Apple Pay.

In terms of security updates, Apple support page for the Big Sur 11.5.2 update says it has no published CVE entries. This means there are no critical security threats or vulnerabilities that this update addresses.

How to update to the latest macOS Big Sur version

The previous update — macOS Big Sur 11.5.1 also brought bug fixes and a security update as well. It addressed a memory corruption issue and improved memory handling with CVE-2021-30807. macOS Big Sur 11.5 added a Podcasts Library tab that allowed users to see all shows or only their followed shows. It fixed issues with play count and last played date not updating for songs in the library and smart card login issues with M1-powered MacBook models.