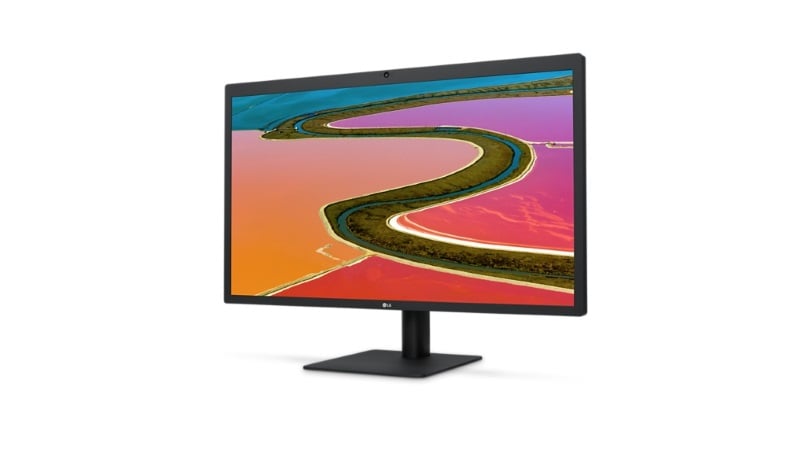 On Thursday, in one of the rare occurrences at Apple's event, company's Senior Vice President of Marketing Phil Schiller unveiled a 5K display made by LG, not by Apple, while showcasing the capabilities of company's new MacBook Pro. Apple usually doesn't advertise other company's products at its launch events but Schiller explained the reason for this particular aberration. Schiller said that the 5K display by LG was designed in collaboration with Apple, and keeping the new MacBook Pro in mind. The company also revealed just how many 4K and 5K external displays the new MacBook Pro models could support simultaneously.

Apart from the impressive screen resolution, the LG UltraFine 5K Display comes with one Thunderbolt 3 port and three regular USB Type-C ports. The Thunderbolt 3 cable, which comes with the display, is capable of not just displaying the content from MacBook Pro to the screen, but also charging the laptop simultaneously with 85W of charging power. The display comes with inbuilt stereo speakers, camera, and microphone to provide extra utility options to the user.

People who are interested in a more affordable option can instead opt for LG UltraFine 4K Display, which has been priced at $700 (Rs. 46,800) and was launched by the company on Thursday. Both displays have been made available for purchase on Apple's own website.

As for support for multiple displays, Apple revealed the number of simultaneous external displays the new MacBook Pro models can support. Due to the presence of Thunderbolt 3 ports with DisplayPort interface, the 15-inch new MacBook Pro supports up to four 4K external displays at the same time. Further, the laptop is capable of supporting up to two 5K displays simultaneously. Due to the hardware limitations, the 13-inch version of the MacBook will not be able to support the same number of displays as the 15-inch version of the laptop - it can support up to two 4K displays simultaneously, and one 5K display.

The new 13-inch MacBook Pro comes with an Intel Iris GPU, compared with the Radeon Pro 400 Series Graphics present on the 15-inch version of the laptop.

Of course, one of the most crucial features when it comes to connection with multiple displays, is that in addition to the external displays, the MacBook Pro provides simultaneous support for the full native resolution of the inbuilt display.