Apple Patent Envisions Turning Your iPhone or iPad Into a MacBook 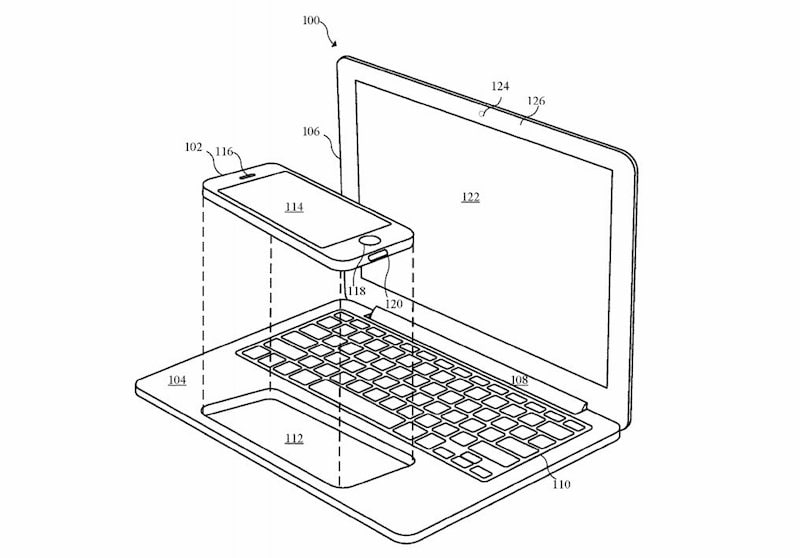 Apple has filed a patent that could see a future where an iPhone and a MacBook combine to make a hybrid. A patent filing published on Thursday reveals possible future designs where an iPhone or an iPad can be used as accessories or components for a MacBook.

Apple's patent application, which was originally filed in September, was published by the US Patent and Trademark Office. The patent filing for an electronic accessory device shows a traditional laptop that will not function without a host device. Host devices would provide "internal components for portable computing devices having a thin profile." The host device, in this case an iPhone, will fit into a slot on the laptop and will act as the CPU. Essentially, this would turn it into a iPhone-powered laptop.

Theoretically, the host device could serve a number of purposes to "expand usefulness of a portable device" such as acting an extended storage device, or, in the case of the design above, using the iPhone as a multi-touch trackpad with Force Touch and haptic feedback. Another design shows an iPad acting as touchscreen display for the laptop, fitting into a slot which is usually meant for the laptop screen. This certainly looks like a way to achieve a touchscreen MacBook.

It's worth remembering that most patent filings usually never come to fruition, but this one does offer an insight into what Apple thinks could be the future of its product lineup.