Apple MacBook Lineup to Be Refreshed With New Intel Chips at WWDC: Report 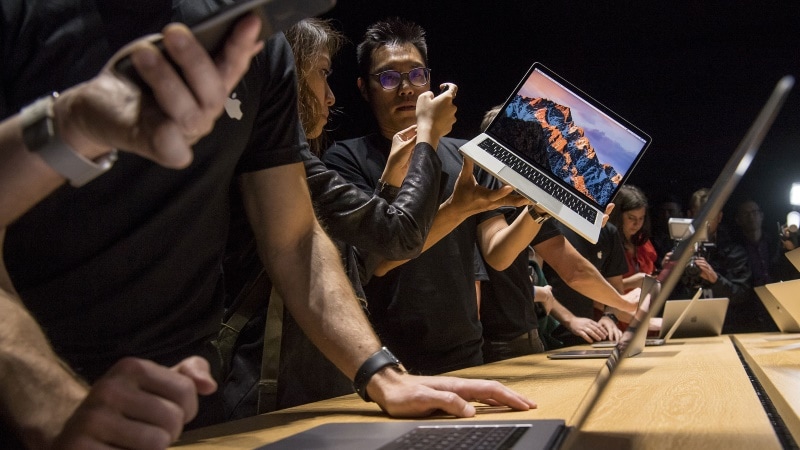 Apple Inc. plans to announce an update to its laptop lineup at an annual conference for app developers in early June, a move that could help offset new competition from Microsoft Corp. as well as declining iPad sales.

Apple is planning three new laptops, according to people familiar with the matter. The MacBook Pro will get a faster Kaby Lake processor from Intel Corp., said the people, who requested anonymity to discuss internal planning. Apple is also working on a new version of the 12-inch MacBook with a faster Intel chip. The company has also considered updating the aging 13-inch MacBook Air with a new processor as sales of the laptop, Apple's cheapest, remain surprisingly strong, one of the people said.

The Mac lineup generates just 11 percent of the Cupertino, California-based company's $216 billion in annual sales, with the iPhone accounting for almost two-thirds of the total. But Macs are key to retaining the business of loyalists and the creative industries - the cornerstone of Apple's resurgence at the turn of the millennium under Steve Jobs.

The MacBook refresh would also come at an important time for the iPhone-maker. This month, Microsoft Corp. debuted the Surface Laptop, which boots up in seconds, has a touch screen and runs on a more stable version of Windows. Microsoft's first real laptop is widely considered a viable rival to the MacBook Air. By refreshing its computers, Apple could undercut that competition and continue the Mac's recent momentum. In the second quarter, the company sold 4.2 million desktops and laptops and generated 14 percent more revenue on Macs than in the quarter a year earlier.

The updated MacBook Pro would look much the same as the latest model and mostly differ in internal architecture, one of the people said. While unclear if it's ready for this generation, Apple has been working on a new in-house chip for a future MacBook Pro model that manages the computer's low-power mode, Bloomberg News has reported.

The planned upgrades wouldn't mark a major step forward for Apple's notebook lineup, but they will demonstrate the company's dedication to a product that has been criticised by the Mac faithful over the past few years. It has been almost seven years since Apple last redesigned the MacBook Air. The most recent MacBook Pro, released more than 500 days after its predecessor, added a Touch Bar keyboard strip for quick access to app functions, a larger trackpad and a fingerprint log-in sensor.

Apple last updated the 12-inch MacBook in the spring of 2016 with a rose gold color option, while the MacBook Air has not received a speed boost since 2015. The stall in Mac updates has not been limited to laptops. Apple's desktops have lagged too, and earlier this year, Apple pledged to release major upgrades to the Mac Pro and iMac with better specifications for expert users in the future.

Apple hasn't announced upgraded hardware at its June developers conference since 2013, when it launched the Mac Pro and updated the MacBook Air. In addition to the new Macs this year, Apple will likely announce an upgraded version of the macOS operating system. At last year's conference, the company announced the Sierra operating system, which added support for Siri, Apple Pay and iMessage improvements. Apple typically ships the new Mac software upgrades in the fall.