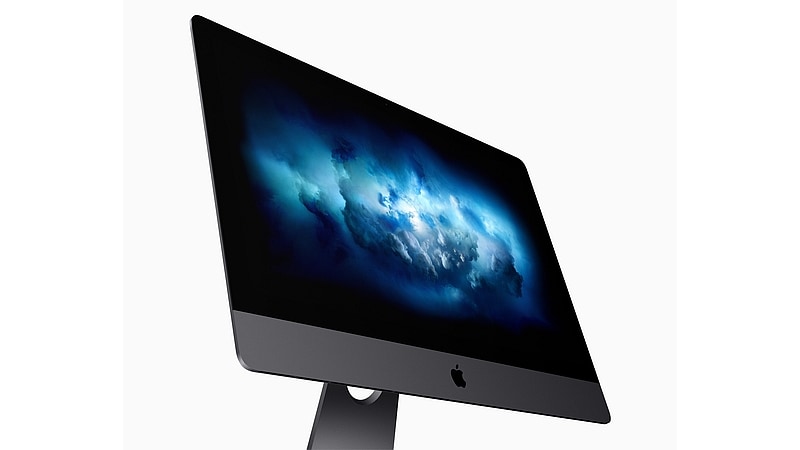 Apple on Friday announced the iMac Pro price in India, and said the new all-in-one workstation would soon be available to buy in the country. For now, it looks like only one configuration - the base model - of the iMac Pro will be made available in India, featuring an 8-core Intel Xeon processor, 32GB of DDR4 ECC RAM, Radeon Pro Vega 56 graphics card, and a 1TB SSD. The iMac Pro price in India starts from Rs. 4,15,000, for the above described base model.

The iMac Pro base model in India sports a 1TB SSD. It ships with a 1080p FaceTime HD camera, and offers an Ethernet port, four USB Type-A (v3.0) ports, four Thunderbolt 3 USB-C ports, SDXC card slot, four microphones, and a 3.5mm headphone jack. Other connectivity options include Wi-Fi 802.11ac and Bluetooth v4.2. The all-in-one will come with a Space Gray Magic Keyboard and Magic Mouse 2. It measures 650x516x203mm, an weighs 9.7kg. A Lightning to USB cable will ship in the box.