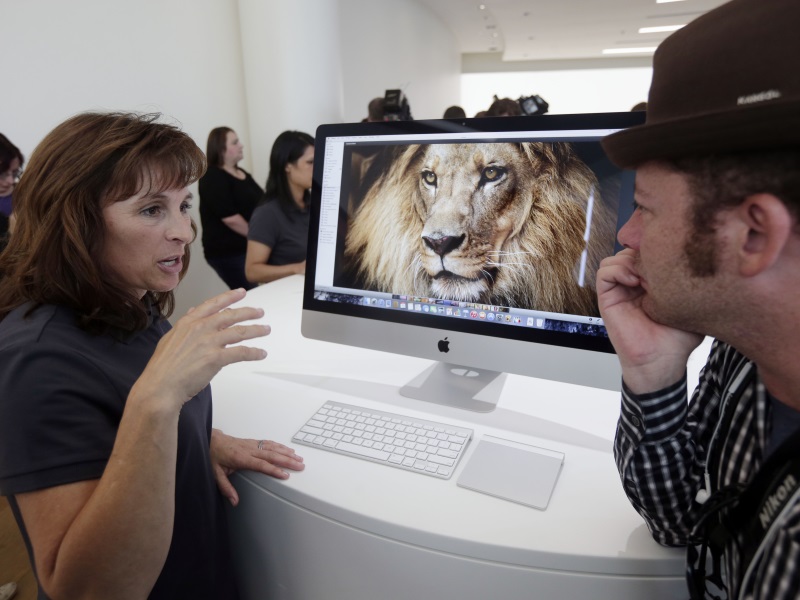 Apple keeps defying a PC industry trend: While other major computer-makers saw shipments fall in 2015, Apple increased the number of Macs it shipped worldwide last year, according to estimates from two research firms on Tuesday.

Total PC shipments have been declining, industry wide, for the last four years, as consumers are waiting longer to buy new models and many are turning to smartphones or tablets. Even last summer's release of Windows 10 - Microsoft's new operating software - failed to boost overall sales.

All told, manufacturers shipped a total of 288.7 million PCs last year, down 8 percent from 2014, according to researchers at Gartner. Analysts at International Data Corp., using different methodology, put the total at 276 million and the decline at 10.4 percent.

Apple, however, saw an increase of roughly 6 percent, according to both firms. While other major PC-makers have seen ups and downs, Apple alone has enjoyed gains in each of the last three years.

Still, analysts say Apple benefits from its reputation as a premium brand in the United States and Europe. It's also been making inroads in Asia. Gartner analyst Mikako Kitagawa noted that Apple has been opening retail stores in China, which is now the second-largest PC market in the world.

Experts trace the PC industry's slump to the introduction of more powerful smartphones and tablets in recent years. Even Apple saw a slight decline in Mac shipments in 2012, when some buyers opted for iPads instead. The slump has also hurt chipmakers like Intel and other companies that make PC components, while forcing software makers to re-design their products for smaller, mobile devices.

Nearly every major PC maker now makes tablets, as well. Lenovo has also moved into smartphones, buying the Motorola phone business from Google in 2014. But tablet and smartphone sales are also slowing, as more people already own them.

Industry hopes are now turning to new "hybrid" computers, or tablets with detachable keyboards, which are touted as combining the best features of PCs and tablets. Sales of those devices are still small, but growing. IDC analyst Jay Chou said his firm expects industrywide shipments of traditional PCs will fall another 3 percent this year, but the addition of hybrids could turn that total into an overall increase of 1 percent.

Analysts also blamed last year's weak PC numbers on economic weakness in Asia and the end of a 2014 buying surge that followed Microsoft's decision to end support for Windows XP, an older version of its widely used operating software. An expected boost from the new Windows 10 was undercut by Microsoft's decision to give free software upgrades to owners of older machines.