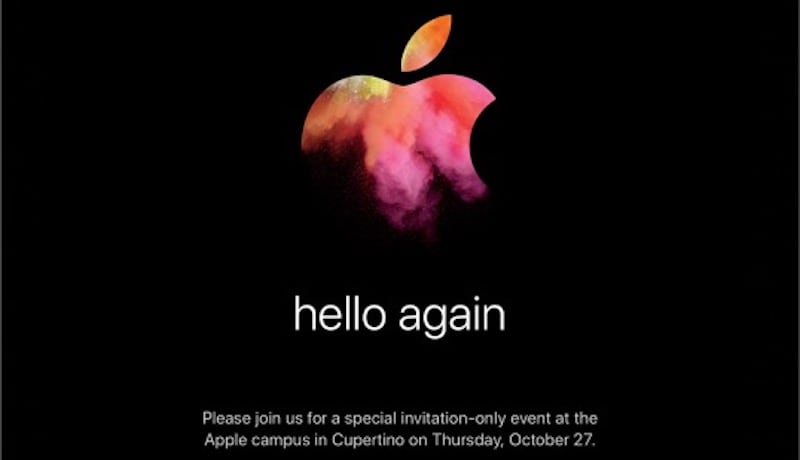 Apple Inc. invited media to an event October 27 where the company is expected to debut new Mac computers, ending a drought without an update for its oldest product category ahead of the holiday sales period.

After launching new iPhones and Apple Watches last month, the Cupertino, California-based technology company on Wednesday announced its event for next week with the tagline "hello again."

The Mac upgrades will be the first since 2015, save for the 12-inch MacBook receiving a new rose gold finish and slightly faster processors in April.

While Apple mainly relies on sales of the iPhone, the Mac line remains a key component of the business. Macs made up almost 11 percent of the company's $233.7 billion (roughly Rs. 1,55,890 crores) revenue in the 2015 fiscal year, the second-largest source of sales. In the most-recent quarter, Mac revenue continued to outpace iPad sales, showing resiliency in a category that some analysts have said would be cannibalized by tablets.

Apple has been developing multiple new Mac products, including a redesigned MacBook Pro, faster iMac, and an updated MacBook Air with new ports, Bloomberg News reported in July. The new MacBook Pro's highlight feature will be a secondary display above the keyboard that offers shortcut commands depending on the task at hand, while new features such as a larger trackpad and faster graphics cards will also be present.