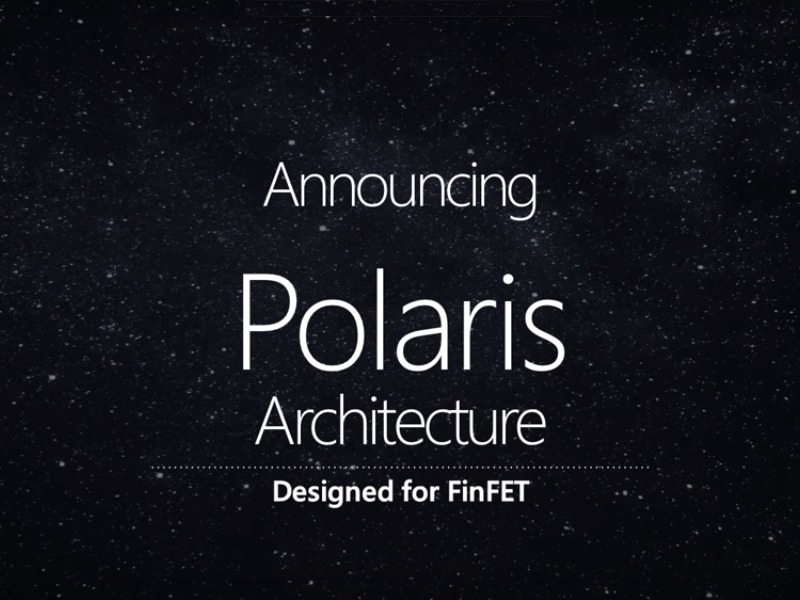 AMD took the wraps of its upcoming GPU architecture called Polaris at CES 2016. This chip is based on AMD's fourth generation GCN (Graphics Core Next) architecture and is built using a 14nm FinFET fabrication process, which is big leap forward from its current 28nm process. AMD claims that shifting to this process has the potential to deliver more than double the performance per watt in gaming, VR, and multimedia applications. The new GPUs are already being sampled out to OEMs and we can expect them to appear in products by mid-2016.

Other than the new GPU architecture, Polaris GPUs will also pack in the latest display formats like HDMI 2.0a for HDR video, DisplayPort 1.3, and next-gen multimedia features like 4K H.265 encoding and decoding. In AMD's demo, we can see two machines running a demo of Star Wars Battlefront in which, the Polaris GPU powered machine averages a system power draw of 85W whereas a similarly powered GPU from the competition averages nearly twice the power. Granted, this demo is tailor made to make Polaris look amazing but it also shows the potential of the 14nm FinFET process. Going forward, we can expect similar gaming performance from ultrathin notebooks and small form factor PCs as we would from the typical bulky machines of today.

AMD will have stiff competition, however as Nvidia has also official announced its Pascal GPU, built on the 16nm FinFET process. Unlike AMD, Nvidia will be pushing its GPU to the automobile industry first with the Drive PX 2 artificial intelligence system for self-driving cars. It will be interesting to see how both Polaris and Pascal develop into 2016's desktop graphics cards.
Comments