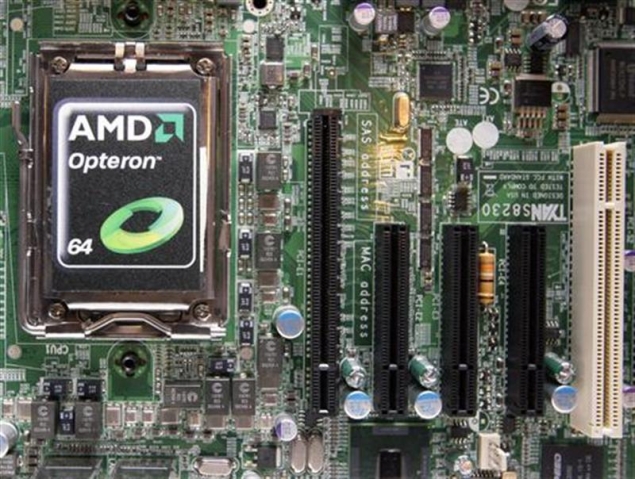 One of Silicon Valley's oldest chipmakers, AMD has been losing money as consumers increasingly favor tablets over laptops and desktops.

AMD wants to customize more of its chips for a wide range of non-PC devices. It expects PC chip designs modified for those new devices to account for at least a fifth of its revenue by the end of 2013.

The chips announced Monday, all code-named after predatory birds such as the Bald Eagle, are for graphics, low-power devices and high-performance computing. They will be available next year.

AMD is planning a push into the small but growing microserver market, combining ARM Holdings' architecture typically used in smartphones with the x86 architecture common in servers. Unlike ARM chips for smartphones, AMD's ARM chips will be 64 bits, allowing them to make better use of memory in data centers.

"With x86 it's something we've had a long time. With ARM, we're helping build the 64-bit ecosystem along with industry leaders," Arun Iyengar, general manager of embedded solutions at AMD, told reporters at a news conference.

AMD processors are being used in Microsoft Corp's upcoming Xbox One and Sony Corp's next-generation PlayStation game consoles, both set to launch later this year.

Worldwide shipments of PCs are likely to fall 9.7 percent this year as consumers continue to favor mobile gadgets, IDC said in a recent report.