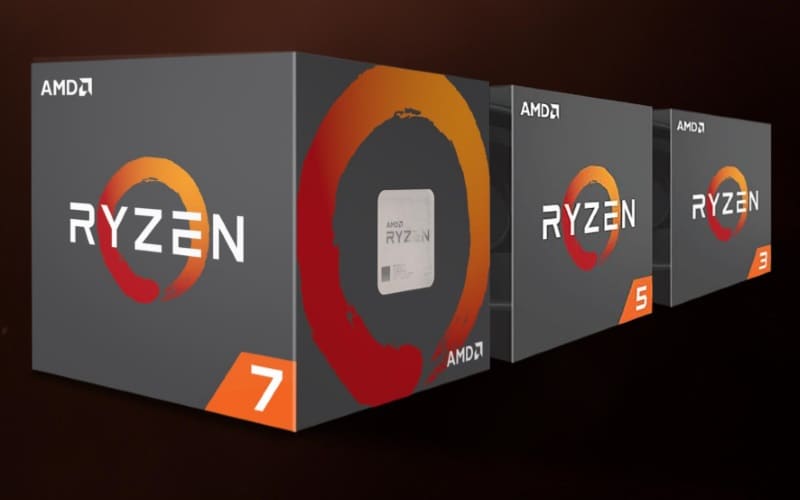 The company hopes to use low prices to challenge Intel's Core i3 series, which dominates the budget PC space. Both Ryzen 3 models have four physical CPU cores whereas Core i3 CPUs have two cores plus HyperThreading to simulate two more. The formula of more cores at lower prices has worked well for AMD at the high end and mid-range with its Ryzen 7 (Review) and Ryzen 5 (Review) lines respectively, where performance differences can be significant. AMD has called this an intentional disruption of the cores-per-dollar equation. However, Ryzen CPUs lack integrated graphics which could still leave the balance in Intel's favour when total system cost is calculated for budget desktops.

Consistent with the company's initial Ryzen 3 announcement, the Ryzen 3 1300X has a base speed of 3.5GHz and a boost speed of 3.7GHz, but can use AMD's XFR technology to go all the way up to 3.9GHz if the thermal envelope allows it. The Ryzen 3 1200X runs at 3.1GHz but can boost itself up to 3.4GHz on demand. The new CPUs are based on the same Zen architecture as their more expensive siblings and use the same basic design, with two cores enabled per core complex and all the same features. Both have 64W TDPs and ship with AMD's compact Wraith Stealth cooler. Both are also multiplier unlocked and overclockable. Ryzen 3 CPUs will work with the same AM4 platform motherboards as the rest of the mainstream Ryzen lineup.

AMD will also sell eight new A-series and three new Athlon CPUs based on the Bristol Ridge architecture, targeting extremely low-cost PCs. Some of these have already been seen in OEM systems and select markets such as China. Finally, the company announced retail availability of its popular Wraith Max cooler for high-end CPUs, which has so far only been shipped to OEM partners and used for demonstrations. The Wraith Max has an RGB LED ring around its fan, which will work with lighting control systems from all major hardware manufacturers including Asus, Gigabyte, MSI, Biostar and ASRock. The maximum retail price for the Wraith Max in India is Rs. 3,799 plus 18 percent GST (effectively Rs. 4,483).