The new GPUs are said to be much more powerful and energy efficient than the current Radeon RX Vega series. 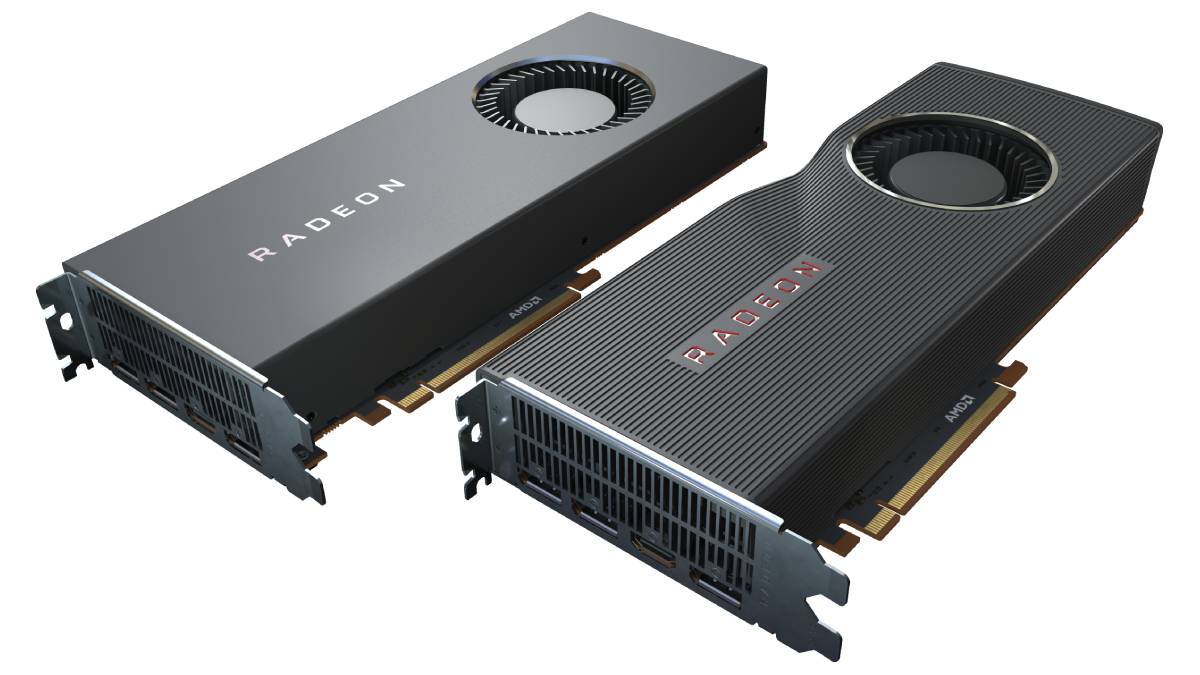 AMD's Radeon RX 5700 XT and Radeon RX 5700 graphics cards based on the new RDNA architecture have gone on sale all over the world including in India, as previously announced. However, both models have received price cuts compared to what AMD announced earlier, and the company has directly stated that this is in response to Nvidia's GeForce RTX Super series GPU lineup which was unveiled less than a week ago.

AMD has not launched the higher priced Radeon RX 5700 XT Anniversary Edition in India. The two GPUs will be positioned below the existing Radeon VII. AMD has also launched its Ryzen 3000 series desktop CPUs and APUs today, symbolically on 7/7 (the 7th of July) as their 7nm manufacturing processes are headlining features.

This drop reflects a $50 price cut across the line internationally. Initial reviews of Nvidia's GeForce RTX Super series and AMD's own projections of its brand new GPUs had indicated that AMD would just about be able to compete with Nvidia's mid-range offerings, while the flagship GeForce RTX 2080 and GeForce RTX 2080 Ti were unchallenged.

In a statement, the company said: "AMD is focused on providing gamers with amazing experiences and access to the very best gaming technology at attractive price points. As you have seen, competition is heating up in the GPU market. We embrace competition, which drives innovation to the benefit of gamers. In that spirit, we are updating the pricing of our new Radeon RX 5700 Series graphics cards (available on July 7)"

The new Radeon RX 5700 XT and Radeon RX 5700 are based on the company's new RDNA graphics architecture, codenamed 'Navi', and use a new 7nm manufacturing process to raise performance while running more power efficiently. They support the PCIe 4.0 interface with compatible Ryzen 3000-series CPUs on an X570 chipset-based motherboard.

The two new GPUs feature 36 and 40 compute units respectively, for up to 7.95Tflops and 9.75Tflops of graphics bandwidth respectively. The lower-end model has a 1465MHz base clock and 1625MHz "game clock", while its more premium sibling runs at 1605MHz with a 1755MHz "game clock". The game clock figure represents a sustained boost speed while under heavy load. The two GPUs can further boost themselves up to 1725MHz and 1905MHz respectively in short bursts.

Both GPUs are paired with 8GB of GDDR6 RAM. Multiple AMD partners have begun selling Radeon RX 5000 series graphics cards, all with AMD's stock blower-style cooler. There is no confirmation about whether custom-designed cards with partners' own coolers and other tweaks will hit the market later. AMD says its cooler is acoustically tuned, and uses an aluminium alloy shroud and a graphite thermal interface material on the GPU itself.

The Navi architecture has already been confirmed as the basis of AMD's semi-custom processors that will power the upcoming next-gen Sony PlayStation console, Xbox Project Scarlett, and Google Stadia.