The new GPUs will target gamers who are on a budget and don't need very high resolutions. 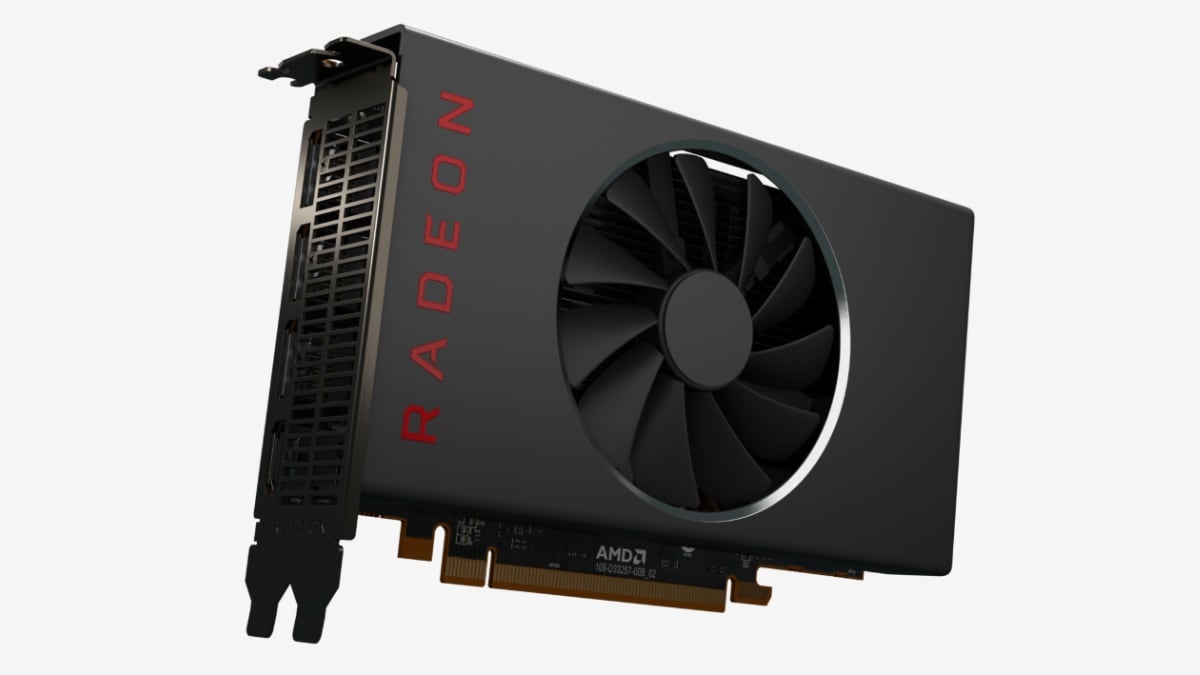 Following the debut of its high-end Radeon RX 5700 and Radeon RX 5700 XT GPUs, AMD is bringing its RDNA architecture, codenamed Navi, to lower price points with the Radeon RX 5500 series. The new Radeon RX 5500 desktop GPU and Radeon RX 5500M laptop GPU promise up to 37 percent superior performance in some games at 1920x1080 compared to the Nvidia GeForce GTX 1650. These new GPUs will be aimed at esports enthusiasts and gamers on a budget who do not see themselves pushing resolutions beyond 1080p. Desktop graphics cards as well as gaming desktops and laptops featuring these new GPUs will be available beginning this month.

Total bandwith is rated at 4.6Tflops and 5.2Tflops respectively. Laptops will feature 4GB of GDDR6 memory while desktops could have up to 8GB. Both implementations of this GPU feature 128-bit memory paths. The wording of AMD's announcement makes it possible that there will be multiple variants, at least within the desktop Radeon RX 5500 series.

The new GPUs are manufactured on a 7nm process and use PCIe 4.0 just like their bigger siblings. AMD is claiming up to 1.6X performance per Watt while using significantly smaller dies, when compared to the Radeon RX 480.

AMD promises 60+fps in some of todays top-tier games including Gears 5 and Borderlands 3. While the company has not specified prices, it has identified the Nvidia GeForce GTX 1650 as the primary competitor for the desktop Radeon RX 5500 series. Desktop graphics cards will be available from Asus, Gigabyte, MSI, ASRock, Powercolor, Sapphire and XFX in the fourth quarter of this year, while pre-built HP Omen and Pavilion, Lenovo IdeaCentre, and Acer Nitro gaming desktops will also go on sale.

MSI will launch the Alpha 15, the world's first gaming laptop with a Radeon RX 5500M GPU, by the end of October. This laptop will also feature an AMD Ryzen 7 3750H processor, and 1080p 144Hz screen with AMD FreeSync support. Pricing and worldwide availability are not yet known.

Gamers who buy a Radeon RX 5500 series graphics card or pre-built system will be able to claim either Borderlands 3 or Ghost Recon Breakpoint for free. The company promises day zero driver support for many other upcoming games.