AMD Announces 'Next Horizon Gaming' Event at E3 2019, Next-Gen 'Navi' GPUs for PC, Console and Cloud Gaming to be Unveiled

The long-awaited next-gen Navi GPUs are expected to challenge Nvidia's dominance in the PC gaming space. 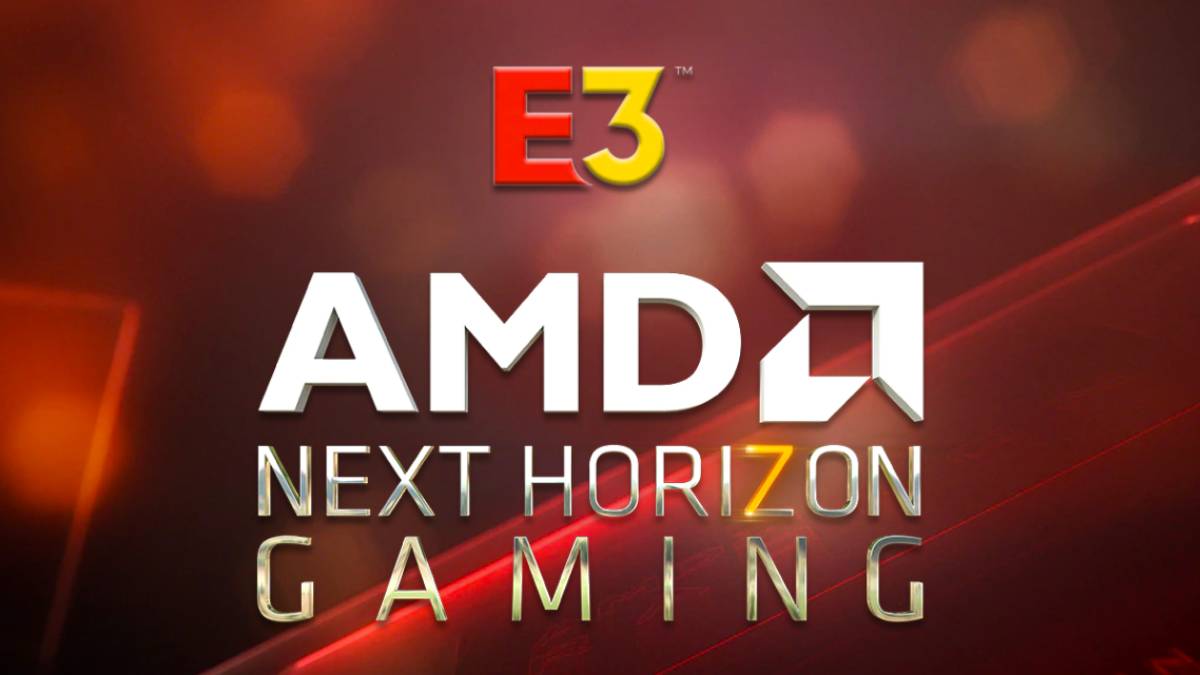 AMD has announced plans to host an event called Next Horizon Gaming at the E3 expo on June 10 in Los Angeles, where it will unveil its "next-generation gaming products that will shape the future of PC, console and cloud gaming for years to come". The description points to the formal launch of AMD's Navi architecture, which will be used for consumer gaming GPUs slated for launch this year, and has been confirmed to be the basis of at least one next-gen game console. AMD will live-stream the event, where major game developers will also make appearances to preview all new content and showcase their upcoming titles.

AMD has promised to launch GPUs based on the Navi architecture, using a new 7nm manufacturing process, in Q3 this year. The June date falls within Q2, so it is not yet clear whether new graphics cards will be announced or available for sale immediately. The event also points to AMD not unveiling Navi-based GPUs at Computex 2019, scheduled for the last week of May in Taipei, where CEO Dr Lisa Su is set to address the opening keynote. AMD has also announced that the Computex keynote on May 27 will be live-streamed as well.

The Next Horizon Gaming event will take place at 3pm PT (3:30am IST) on Monday, June 10, coinciding with the E3 2019 entertainment and gaming expo. It will be hosted by Geoff Keighley, creator of The Game Awards. AMD has confirmed that Su will present details of the company's upcoming products and technology. The event will be open to fans and AMD community members as well as the press.

The Navi architecture was first announced in 2016, though products were expected to be launched in 2018 at that time. Navi will succeed AMD's mainstream Polaris and high-end Vega architectures, and the company could be hoping to challenge Nvidia's current leadership position in the PC gaming market. However, the first Navi-based consumer GPUs launching this year will slot in below the current flagship Vega-based Radeon VII, and will not challenge Nvidia's top-end GeForce RTX 2080 Ti, as confirmed by the company following its most recent quarterly earnings report.

In June last year, it was reported that Sony's next-gen PlayStation 5 console would use a custom GPU based on the Navi architecture, and that news was confirmed in April this year. The PlayStation 5 will feature not only a Navi GPU but also a 7nm octa-core AMD Ryzen CPU based on the upcoming Zen 2 architecture that the Ryzen 3000 series will be based on when it launches this year.

Google has also confirmed that AMD will be supplying the GPUs for its Stadia cloud gaming service, though no specifications or architectural details have been disclosed yet. It is possible that some new details will emerge at or following the Next Horizons Gaming event.