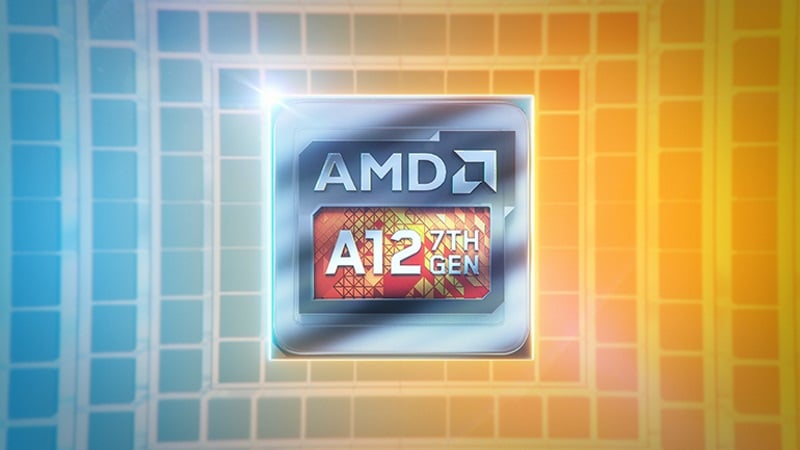 Shortly after unveiling its highly anticipated new Zen architecture, AMD has announced that HP and Lenovo have begun shipping PCs with its new 7th-generation A-series processors, codenamed 'Bristol Ridge'. The refresh also introduces AMD's new unified AM4 platform which will serve for this generation as well as upcoming consumer Zen CPUs. The launches will give a struggling AMD some presence in the market to compete with devices based on Intel's new Kaby Lake processors which will be available in full force this holiday shopping season.

AMD says that 7th-gen A-series CPUs will deliver as much power in a 65-Watt envelope as their predecessors did while consuming 95 Watts. Comparing an A12-9800 with an Intel Core i5-6500 which it says is equivalent in terms of CPU performance, AMD claims a 99 percent increase in graphics performance in at least one specific benchmark test. The A12-9800 is a 65W quad-core part with a maximum clock of 4.2GHz and Radeon R7-class graphics.

All the new CPUs are based on AMD's existing Excavator architecture and have up to four cores. DDR4 RAM support is key to the AM4 platform, and AMD has also taken the opportunity to bake in updated standards including PCI-Express 3.0, USB 3.1, SATA Express and NVMe. Socket AM4 is known to be backwards compatible with Socket AM3+, AM3 and AM2 coolers.

HP and Lenovo are the first out of the gate, though specific PC models have not been detailed. Other OEMs should follow soon. AMD has not shared any details of whether or if these CPUs and supporting motherboards will be available in retail boxed form, or what their individual retail prices might be.