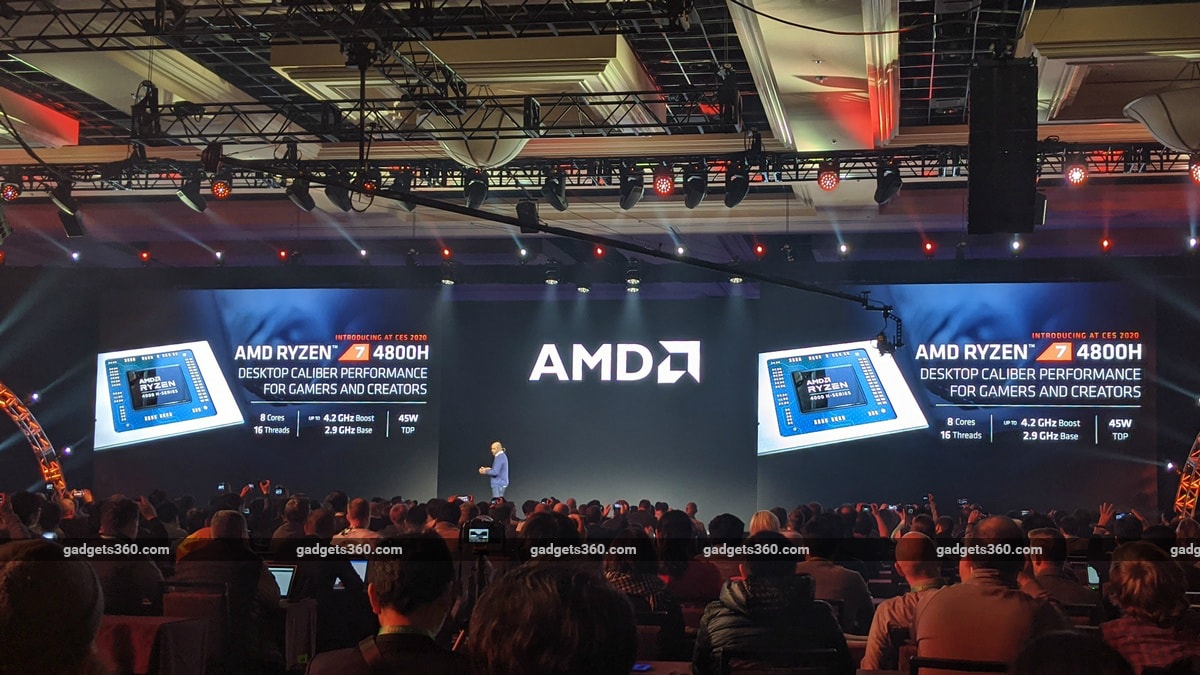 The new Ryzen 4000 series mobile range features Ryzen 3, Ryzen 5, and Ryzen 7 models with four, six, and eight cores respectively, and all but one Ryzen 7 model support multi-threading. The Athlon models are both dual-core, and while the Athlon Gold 3150U does support multi-threading, the Athlon Silver 3050U does not. The Ryzen 4000 series uses a 7nm manufacturing process and the Zen 2 architecture. These processors also feature integrated Radeon Vega GPUs, with different numbers of execution units depending on model hierarchy.

AMD says that the new Ryzen 7 4800U, the top-end model of the new generation, is the world's highest-performing CPU aimed at thin-and-light laptops. It has base and boost speeds of 1.8GHz and 4.2GHz. The company is also claiming performance leadership over Intel's Core i7-1065G7 across workload types especially multi-threaded applications.

Power efficiency in terms of performance per Watt is claimed to be 2X compared to the Ryzen 3000 series laptop processor models, thanks largely to the shift to 7nm production, but also due to the Zen 2 architecture's improvements.

For gamers and power users, the H-series Ryzen 4000 models are said to offer desktop-class performance. AMD is claiming significant leads in gaming as well as content creation performance. These models will also support AMD SmartShift, a new scheme that can balance the power draw and heat output of a Ryzen CPU as well as discrete Radeon GPU holistically, allowing one to trade off in favour of the other where it makes sense. This is said to deliver a 10 percent performance gain at no additional cost or complexity for the user.

The first laptops featuring Ryzen 4000 series mobile processors will ship in early 2020 with over 100 design wins coming out over the course of this year.

On the desktop side, AMD formally launched the 64-core Ryzen Threadripper 3990X flagship which had been previewed late last year. It will sell for $3,990 (approximately Rs. 2,82,290) and will hit stores on February 7. It will feature a 2.9GHz base speed and 4.3GHz boost speed.

Disclosure – Intel sponsored the correspondent's flights and hotels for CES 2020 in Las Vegas.