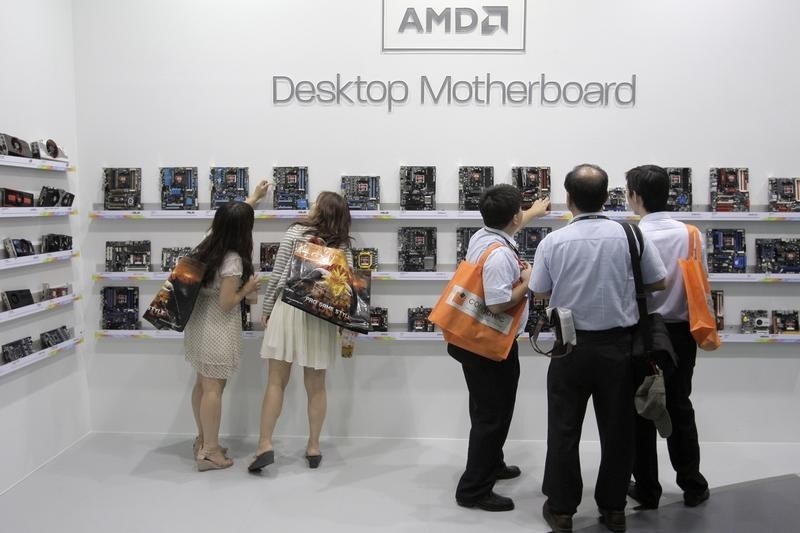 US semiconductor maker Advanced Micro Device Inc expects to return to operating profitability in the second half of this year, Chief Executive Lisa Su said Wednesday.

"I expect our revenue to grow for the full year," said Su, speaking on the sidelines of the Computex technology trade show in Taipei.

In mid-April, AMD reported first-quarter revenue fell 19 percent year-on-year, with a net loss of $109 million (roughly Rs. 735 crores). But the company indicated that second-quarter revenue could grow from the same period a year earlier, which would end a run of six straight quarters of decline.

Su said AMD was looking to accelerate its market access in China when it signed a $293 million (roughly Rs. 1,976 crores) agreement to licence its processor technology to a joint venture it formed with Tianjin Haiguang Advanced Technology Investment Co, an investment unit of the Chinese Academy of Sciences.

The technology will help China produce its own server chips for datacentres, a market dominated by Intel Corp, one of AMD's biggest rivals, along with Nvidia Corp.

AMD has also completed a joint venture deal, first announced in late 2015, that brings in Nantong Fujitsu Microelectronics Co. as a controlling partner in AMD's chip test and packaging operation in Penang, Malaysia and Suzhou, China.