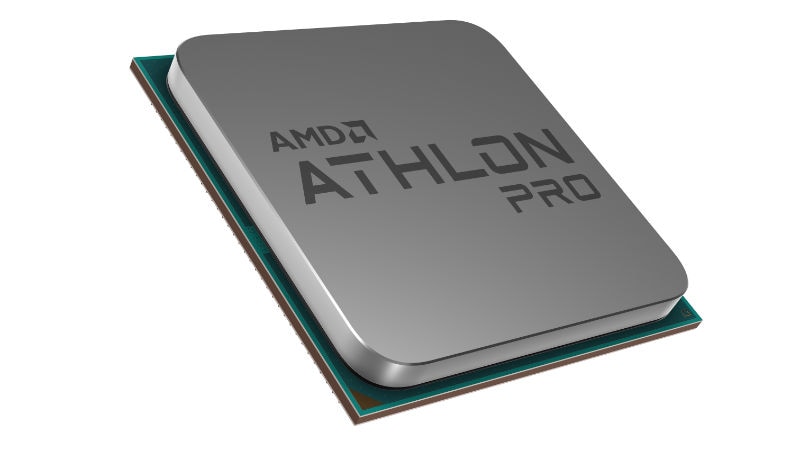 AMD has taken the wraps off a new low-cost Athlon CPU for entry-level users. The new model, named AMD Athlon 200GE, features integrated AMD Radeon Vega graphics and slots in below the existing Ryzen 3 series. Although it has been given the legacy Athlon name, this new CPU is based on the same Zen architecture as the well-received Ryzen CPU lineup. AMD will be targeting value-conscious buyers who intend to use a new PC for the next 4-5 years. Suggested use cases are schoolwork, office productivity, simple Web browsing, light gaming, and photo editing. The new Athlon 200GE will go up against Intel’s Pentium Gold and Celeron product lines, and is priced at Rs. 4,190 in India ($55 in the USA).

The Athlon 200GE is the sole model being announced, with no news about whether there will be more at a later date. It runs at 3.2GHz with two cores and multi-threading. It is based on the same 14nm ‘Raven Ridge’ design used for the Ryzen 3 2200G and Ryzen 5 2400G APUs, introduced earlier this year. The TDP is 35W, which means that basic power and cooling hardware will suffice for a PC based on this APU. This CPU is also compatible with the same Socket AM4 motherboards as all Ryzen CPUs.

On the graphics front, the Athlon 200GE features three Vega graphics compute units. AMD promises HD gaming, Netflix and other video streaming, and smooth Web rendering. Vega features such as FreeSync are supported.  According to the company, this new APU outperforms the 54W Intel Pentium G4560 by 67 percent in specific graphics tests, and is an average of 3 percent behind in CPU-bound scenarios. Compared to AMD’s own previous-generation A6-9500E APU, the new Athlon 200GE delivers an average of twice as much performance.

AMD acknowledges that it’s using the Athlon brand because of its storied history. The original Athlon and Athlon XP processors were hugely successful for AMD, giving it a major lead against Intel for the first time when they debuted nearly 20 years ago. With this launch, AMD will phase out some of its legacy A-series APUs.

Along with this launch, AMD is also introducing an Athlon Pro 200GE model targeted at basic office desktops. Three new Ryzen Pro CPUs for high-end PCs will also join AMD’s commercial CPU product line. The new Ryzen 7 Pro 2700X, Ryzen 7 Pro 2700, and Ryzen 5 Pro 2600 mirror the specifications of their non-Pro counterparts, but run at slightly lower speeds. These processors are optimised for security and enterprise management as well as platform longevity. Prices for the Athlon Pro and Ryzen Pro models have not been announced.