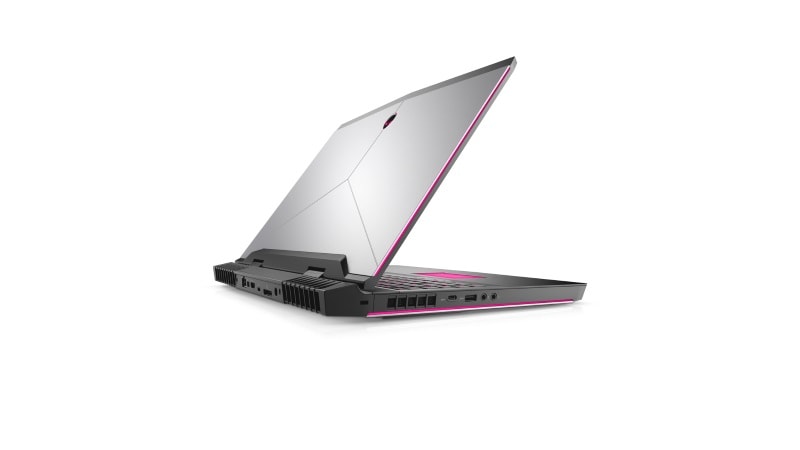 Gamers around the world wait eagerly for Alienware laptops for a reason. Dell's Alienware brand has developed a name for itself for great gaming performance on the go. The latest entrants to this series unveiled by the company are all VR-ready - the refreshed Alienware 13, Alienware 15, and Alienware 17. The company launched the laptops alongside celebrating its 20-year anniversary,

Interestingly, Dell seems to have made the laptops much slimmer than their previous versions - however, they are now deeper thanks to the placement of the cooling systems. Notably, the company has also revamped its logo alongside. The laptops have also been provided with Windows Hello support as now you can log in to the Windows with the help of face-detection feature.

Another interesting feature is Tobii's eye-tracking, and is supported by an external Tobi camera. The Alienware 17 however comes with the option for a built in Tobii's eye tracking camera. Apart from controlling the camera in games that support it, this feature allows you to switch on the laptop by merely looking at the Alienware logo. The laptop even switches off the keyboard's backlight as soon as you look away from the screen with the help of this technology.

"Gaming is in a time of renaissance right now; awesome games and development, amazing resolutions and technology, plus the pure excitement around VR experiences - it's an incredible driving force and it feels similar to the energy that started Alienware 20 years ago," Frank Azor, general manager of Alienware and XPS, was quoted as saying in the release.

Alienware 15 and 17 will be available with up to Intel's Core i7 6820HK (Skylake) processor overclocked to 4.1GHz. Both models can be upgraded up to up to 32GB of RAM and 1TB of storage. No other specifications have been provided at the moment. The company says seventh-generation Kaby Lake processors will be offered once they become available OEMs.

Nintendo NX Said to Use Cartridges; Official Unveil Before September 15