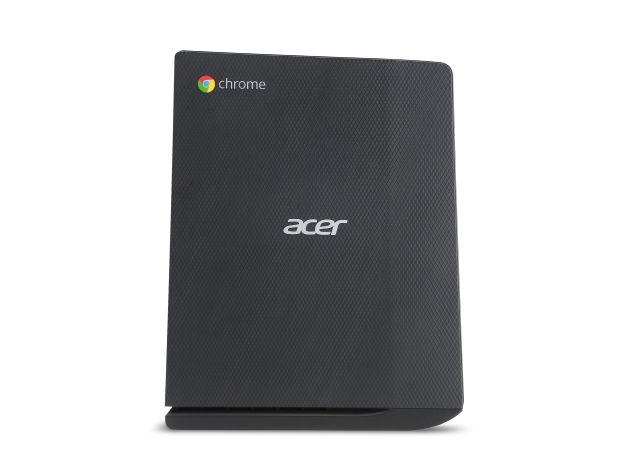 Taiwanese PC-maker Acer on Thursday finally pulled the wraps off its first Chromebox after months of speculation. The Acer Chromebox CXI is all set to launch in September and the base model will be priced at $179.99 (approximately Rs. 10.881).

The Chromebox CX1 small form factor PC will come in two variants - the CXI-2GKM with 2GB memory (which is the base model), and the CXI-4GKM with 4GB memory which will be priced at $219.99 (approximately Rs. 13,311). Both the variants will be housed in a chassis with dimensions of 6.51x5.12x1.3-inches and will be Vesa-mountable. They will be powered by an Intel Celeron 2957U processor based on the Intel Haswell micro-architecture.

As per Acer, the Chromebox CXI will have a ton of connectivity options ranging from Wi-Fi a/b/g/n, Bluetooth 4.0 and Gigabit Ethernet. Additionally, there will be four USB 3.0 ports and an SD card reader that will support cards up to 32GB in memory. It will also include an HDMI port and a DisplayPort. The systems will come bundled with a Google-approved USB keyboard and mouse.

The one differentiating factor for Acer's Chromebox CXI will be the inclusion of TPM 1.2 chip, which will automatically encrypt user data, can store secure cryptographic keys and also help IT professionals decode content in a stolen Chromebox.

Competing PC-makers like HP and Asus already have their own version of Chromebox PCs. We reviewed the Asus Chromebox CN60 and think that it is a very expensive toy with no readily apparent purpose. We just wish that Acer gets the pricing right for the Indian markets and changes our perception of Chromeboxes.