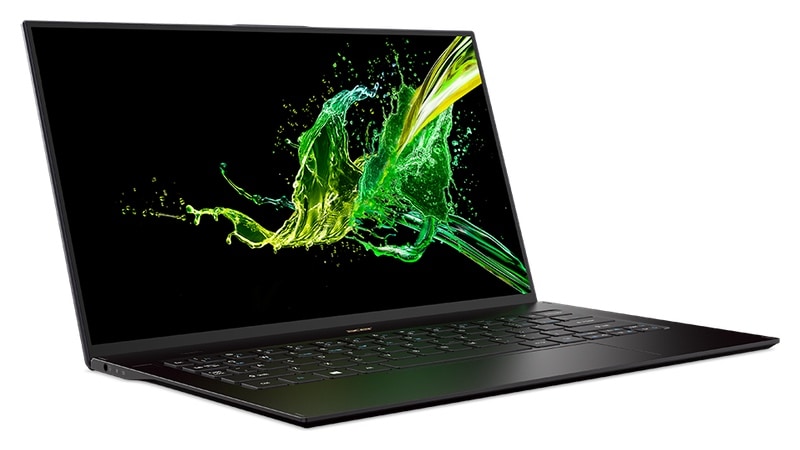 A new version of the Acer Swift 7 laptop has been launched at CES 2019 and it features a 92 percent screen-to-body ratio. This makes this laptop almost completely devoid of bezels. The Acer Swift 7 lineup is known to feature some of most portable laptops in the world and this year's iteration is no different. The Acer Swift 7's thickness is at 9.95mm — it's not the thinnest laptop in the world — but it weighs just 890 grams, which is astoundingly light for a 14-inch laptop. On the flip side, the display resolution is just 1920x1080 pixels, much lower than than the standard for premium laptops of this size.

Last year's Acer Swift 7 was unveiled at CES 2018 and it was thinner than the current iteration (at 8.98mm), albeit with thick bezels. However, the 2019 Acer Swift 7 outshines its predecessor on the display front. The biggest compromise on the new Swift 7 is the location of the webcam. It has a pop-up camera built-in to the keyboard and Acer claims this can swivel up to 65 degrees. How effective that is in real-world usage remains to be seen.

At the moment there is no word on availability or pricing in India. On the connectivity front, the Acer Swift 7 has two Thunderbolt 3 USB Type-C ports, and a headphone jack. It has a power button with an integrated Windows Hello fingerprint reader. Acer claims that the battery of the new Swift 7 laptop will last for up to 10 hours on a single charge.