Acer Predator Helios 700 comes with up to a 10th-gen Intel Core i9-10980HK processor that is overclockable. 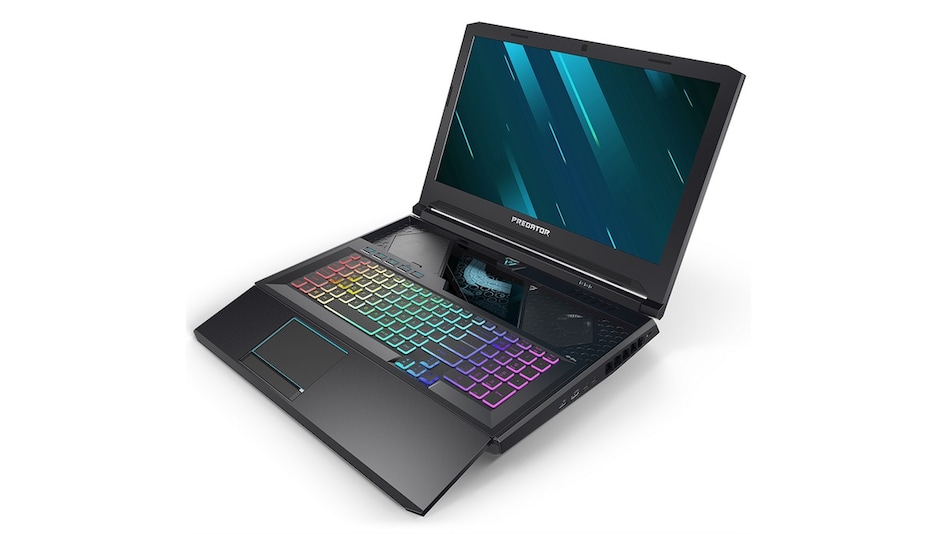 Acer has refreshed its Predator series and Nitro 7 gaming notebooks with the latest 10th-gen Intel Core processors, Nvidia GeForce RTX GPUs, and higher refresh rate screens. These updated specifications make their way to the Acer Predator Helios 700 and Predator Helios 300, Predator Triton 300, and the Acer Nitro 7 gaming laptops. The company has also improved the cooling technology for these refreshed laptops for better thermal performance. These gaming laptops will be available starting next month with some releasing in the following months. Acer also stated that the exact specifications may vary depending on the region.

Acer stated that exact specifications, availability, and prices will vary by region. And, as of now, there is no information on the availability of these gaming laptops in India.

Acer has also improved upon the thermal capabilities of the Acer Predator Helios 700. The company is using what it calls the Predator PowerGem thermal solution with its Core i9 models and Acer claims it has 3.83 times more vertical heat conductivity compared to copper. It works with a combination of three copper heat pipes, a vapour chamber, Acer CoolBoost Technology, and two custom-engineered 4th gen AeroBlade 3D fans for enhanced heat dissipation.

The keyboard on the Predator Helios 700 has per key RGB lighting and anti-ghosting. It comes with MagTek mechanical switches for the WASD keys. These keys can also be swapped out with the included MagForce keys and racing keys.

Boasting of a 15.6-inch or 17.3-inch full-HD IPS display with 3ms response time and 240Hz refresh rate, the Acer Predator Helios 300 comes with six core 10th-gen Intel Core H-series processors. The graphics are handled by an overclockable Nvidia GeForce RTX 2070 Max-Q GPU. It can get up to 32GB 2,933MHz DDR4 RAM along with two PCIe NVMe SSDs in RAID 0 configuration, as well as, up to a 2TB hard drive for mass storage.

The Acer Predator Triton 300 comes with a 15.6-inch full-HD IPS display with 3ms response time, 300 nits brightness, and 240Hz refresh rate. It also supports 100 percent of the sRGB color space. The Triton 300 is powered by six-core 10th-gen Intel Core H-series processors and up to Nvidia GeForce RTX 2070 Max-Q GPU. You can get up to 32GB of DDR4 RAM clocked at 2,933MHz and three M.2 SSDs for storage. The thermal performance is handled by three heat pipes and a dual-fan cooling system. This gaming laptop is 19.9mm thick and weighs and 2.1kg.

The Nitro 7 by Acer is a portable gaming laptop that weighs 2.5kg and is 19.9mm thick. It features a 15.6-inch full-HD IPS display with 144Hz refresh rate and 3ms response time. This gaming laptop is also equipped with a 10th-gen Intel Core H-series processor and up to Nvidia GeForce RTX 2060 GPU. You get up to 32GB of DDR4 RAM clocked at 2,933MHz and up to three slots for M.2 SSDs for up to 1TB in RAID 0 configuration. It also features Intel Wi-Fi 6 and Killer Ethernet E2600. The Acer Nitro 7 has a quad exhaust port design that works with Acer CoolBoost technology to better dissipate heat.