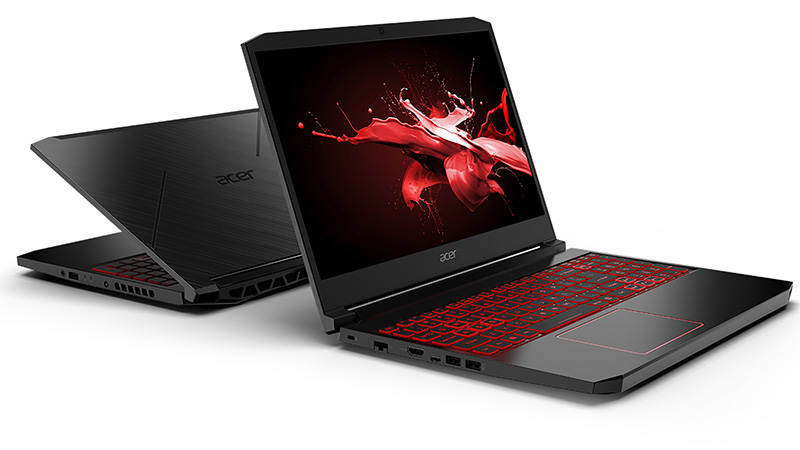 The Acer Nitro 7 features a metal body and slim profile

At Acer's annual hardware event, the company has launched a bunch of new products, while refreshing some of its existing lineup. One of the new launches is the Acer Nitro 7 gaming laptop, which boasts of a metal design, a slim body measuring 19.9mm in thickness, and up to seven hours of battery life. The company has also refreshed its existing Nitro 5 gaming laptop, which now boasts of an 80 percent screen-to-body ratio thanks to the 7.18mm narrow display bezels.

Both the Acer laptops share many of the underlying technologies such as CoolBoost, which features a dual exhaust system for keeping temperatures down when gaming. The NitroSense software allows users to visualise component temperature, loading performance, power usage, and more on both series. The Nitro 7 and Nitro 5 also feature Killer Ethernet E2500 networking card and Acer's Network Optimizer to prioritise gaming traffic and Waves MaxxAudio for better sound.

The new g features a metal chassis that is less than 20mm in thickness, making it quite slim. It features a 15.6-inch display with 144Hz refresh rate and a 3ms response time. It's powered by 9th generation Intel Core CPUs and the latest Nvidia GPUs, up to two NVMe PCIe SSDs in RAID 0 with up to 2TB of mechanical storage and up to 32GB of DDR4 RAM.

The Acer Nitro 7 is available now in the US, starting at $1,000 (roughly Rs. 69,500). It will also be available in China and EMEA regions starting May and June respectively.

The Acer Nitro 5 is available with a full-HD IPS panel in either a 17.3-inch size with slim borders or a 15.6-inch display size. It too packs in the latest 9th generation Intel Core processors, latest Nvidia GPUs, up to two NVMe PCIe SSDs in RAID 0, up to 32GB of RAM and Wi-Fi 802.11ac with 2x2 MU-MIMO antennas.

Finally, Acer also announced the Nitro Stream, which is a dedicated streaming PC with a built-in capture card for streaming PC and console games. Specifications include an 8th generation Intel Core i7 CPU, up to 32GB of RAM, 256SSD and a in-built capture card. The PC is also compact enough to be mounted at the back of a monitor using the VESA mount standard. Pricing details and availability aren't mentioned as of now.

Disclosure: Acer sponsored the correspondent's flights and hotel for the trip to NewYork.