Acer Nitro 5 has an RGB keyboard with a numeric pad. The trackpad supports touch gestures. 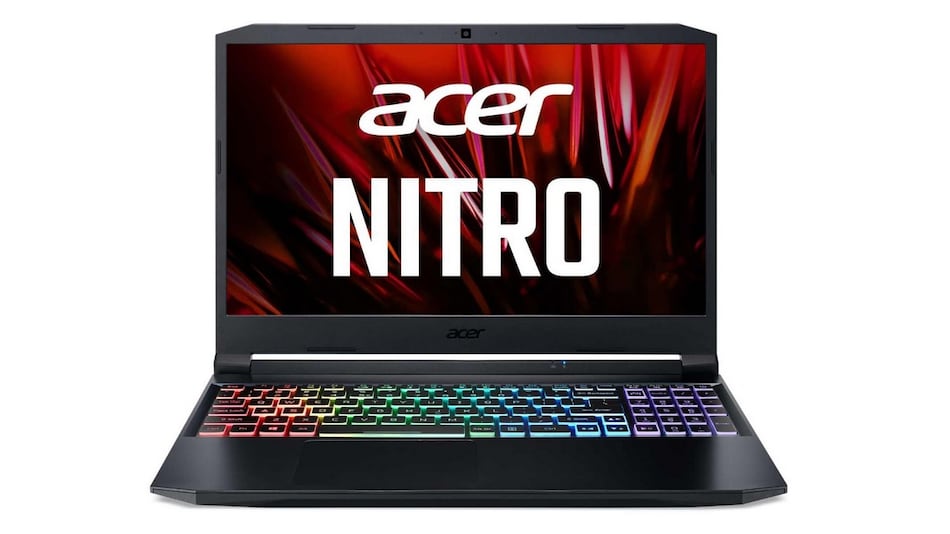 Acer Nitro 5 with the latest AMD Ryzen 5000 series CPU and up to Nvidia GeForce RTX 3060 GPU has launched in India. The gaming laptop comes with impressive specifications including an RGB backlit keyboard. It features a high refresh rate display and a sturdy build. The Acer Nitro 5 is offered in multiple configurations and a single colour option. It comes with Windows 10 pre-installed and you get stereo speakers as well as a 720p HD webcam placed above the display.

The laptop comes with an RGB backlit keyboard with a standard numeric keypad as well as a multi-touch touchpad. There are stereo speakers on the Acer Nitro 5 and a 720p HD webcam above the screen. For connectivity, you get Wi-Fi 6, Bluetooth v5.1, an HDMI port, two USB 3.2 Gen 1 ports, a USB Type-C 3.2 Gen 2 port, and a USB 3.2 Gen 2 port with power-off charging support. It is backed by a 57.5Whr battery that is said to last up to 13 hours. In terms dimensions, the Acer Nitro 5 measures 363x255x23.9mm and weighs 2.4kg.