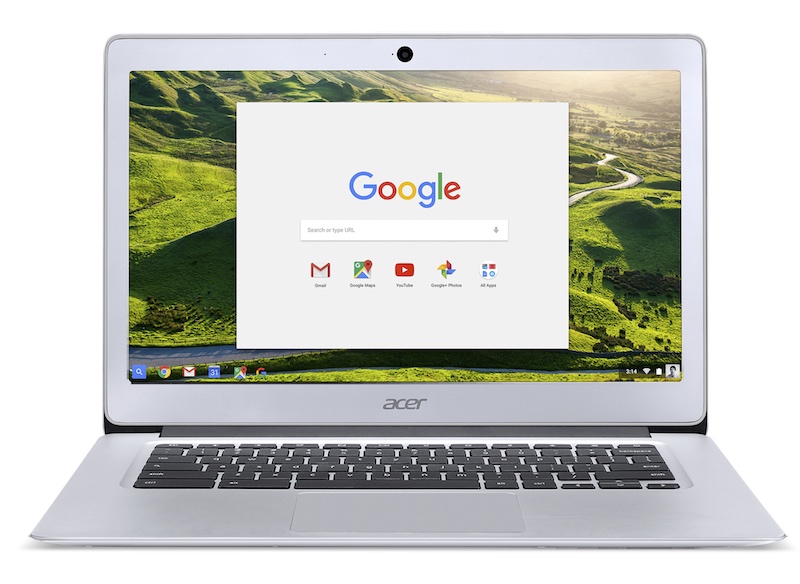 If you're in the market for a premium-looking affordable laptop, you will want to stop by Acer's store. The Taiwanese computer manufacturer on Tuesday announced the Acer Chromebook 14. The highlight of the notebook is its claimed 14-hour battery life. It is priced at $299.99 (roughly Rs. 19,900).

With the Acer Chromebook 14, the Taiwanese company is trying to give Chromebook users more choice. Instead of an 11-inch display, that seems to have become the de facto in the Chromebook category, the Acer Chromebook 14 offers a 14-inch display, in two screen resolution options: full-HD (1920x1080 pixels) and HD (1366x768 pixels) placed inside an all-metal chassis. Acer says the model with a 1080p display can last for up to 12 hours whereas the other model will give you up to 14 hours of action on a single charge.

As for the processor, Acer is giving users a choice to pick between quad-core Intel Celeron processor and a dual-core 1.6GHz Intel Celeron N3060 processor. Other features include a choice between 2GB and 4GB of LPDDR3 SDRAM, 16GB or 32GB of eMMC for storage, and dual-band 802.11ac Wi-Fi, two USB 3.1 Type-A ports, one HDMI out, and an HD (1280x720 pixels) webcam. On the software side, the Acer Chromebook 14 runs Chrome OS.

Acer hasn't revealed a shipping data for the Chromebook 14, but the company notes that the "premier" model featuring 32GB of storage, 4GB of RAM, full-HD display, and dual-core processor will cost $300.