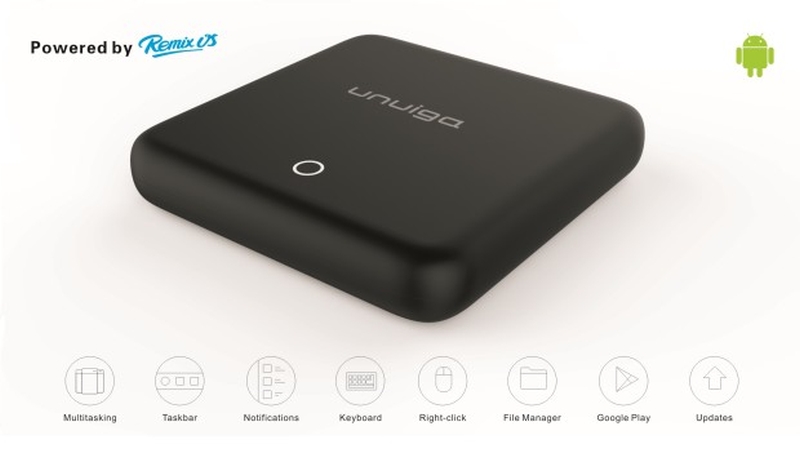 A new Indiegogo project out of Shenzen, China, promises to make low-cost computing accessible to all. Running the Android-based Remix 2.0 OS, the Unuiga S905 claims to be the cheapest 64-bit Android desktop PC in the world. The device is cheaper than any Android handset on the market, but of course, the maker can save money on components such as wireless radios (it does have Wi-Fi and Ethernet access), speakers, cameras, and of course, there's no display either.

You can see the pitch video below:

In June 2015, we had written about the Remix Mini Android desktop, which reached buyers late last year. The desktop was also priced at $30, like the Unuiga S905, and also had some similar specifications. Backers gave fairly favourable reviews to the little computer, and also the Remix OS got pretty good reviews as well. It's now available on Amazon for $40 (roughly Rs. 2,700).

The Android-based OS is a light operating system can runs on low-power devices, and allows multi-window multi-tasking, so the overall experience of using it should be pretty similar to working on a Chromebook. You can run different Android apps at the same time, switching between - for example - Word and Chrome so you can look up details for the work you're doing. 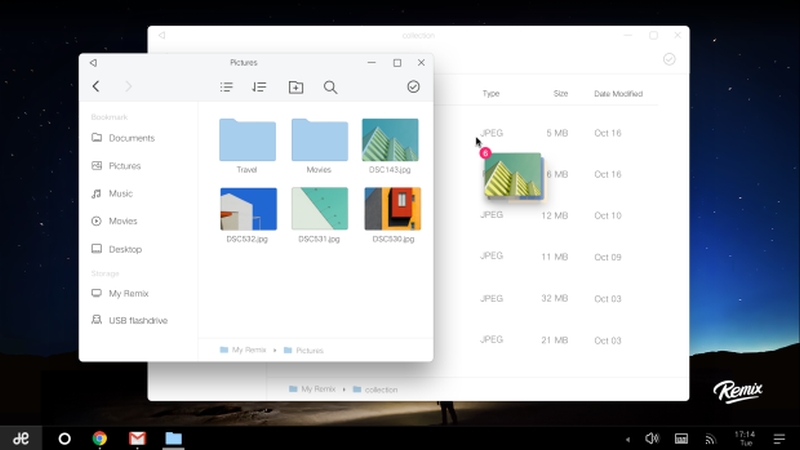 The Unuiga S905 is using the same OS, but its specifications are a cut ahead of the Remix Mini; for one thing, the processor is now a 2GHz 64-bit quad core CPU, compared to the 1.2GHz 64-bit quad core CPU. It's also using a Mali-450 MP5 GPU, up from the Mali-400 MP2 in the Remix Mini. And storage on the Unuiga S905 has been bumped to 16GB, up from 8GB. It also supports HDMI 2.0 and hardware 4K decoding, so it's more useful as a media player.

Of course, the sub-Rs. 2,000 price is slightly misleading. For one thing, you're going to need a display unit - this shouldn't be a problem as most people would have a TV which accepts HDMI inputs by now. You will also need a mouse and keyboard - the company behind this computer recommends the Logitech K400, which will set you back by another Rs. 2,000. If you don't have a wireless keyboard already, then you've already doubled the price of the device.

Despite that, the price still remains pretty affordable, and for people who can't afford to buy a new computer for themselves, this could be a very reasonable solution. It's possible to see this being a good buy for a household with a limited budget, as it could be used for entertainment, gaming, and for work related tasks, such as editing text documents, spreadsheets, or presentations, browsing the Web, for example.