Building Products With 80 Percent Features at 30 Percent Cost: What Netgear's Learnt From India 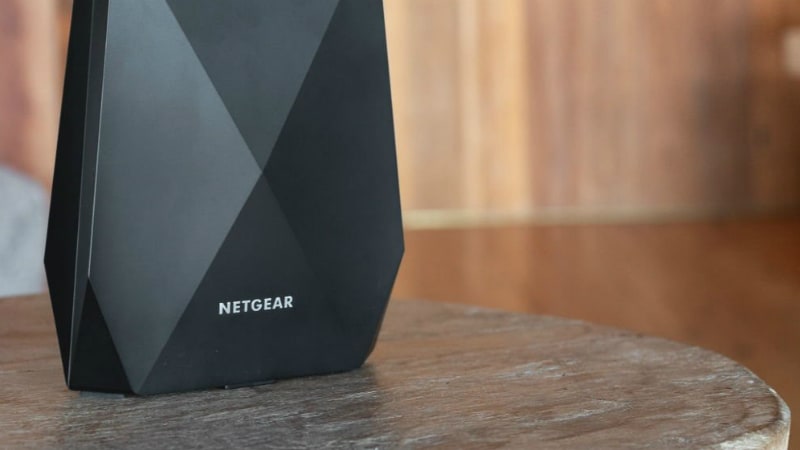 Netgear is already a household name in the networking gear market. The San Jose, California-headquartered company not just has its range of Wi-Fi routers but also routers specifically for gamers and mesh Wi-Fi solutions in homes and offices. It also sells smart security cameras and Wi-Fi range extenders to take on the competitions. But as the computing world is becoming even smarter with the arrival of artificial intelligence (AI) and machine learning, Netgear is actively transforming its existing portfolio to keep up with the times. "We're working on smart solutions that use machine learning to make our systems much more proactive and capable of analysing behaviour," says Alexandra Mehat, Senior Manager, SMB Product Marketing, Netgear. "By this way, we are able to even detect anomaly even before it happens."

Security is one of the key concerns for Netgear as its products have been a target of some major attacks in the recent past. Mehat tells Gadgets 360 that Netgear is building a "strong security team" to overcome the security issues. "We've also been working on a lot of programmes such as bug bounties and reach the crowd," she explains. "Every time when we launch a new product, it's been fully tested by our security team. And no product gets out of Netgear without having been tested by our security team."

Senior Product Line Manager for Storage Doug Chang highlights that Netgear offers built-in security features within its solutions to prevent any backdoor access. "Individual security mechanisms and measures are built into individual products, including storage, Wi-Fi, and switches," asserts Chang. "You think of a network switch as a layer-two or layer-three device. But we are actually building in security features in a switch that in so far had no intelligent functions. We are also bringing individual security products."

Aside from adding security features, Netgear is deploying AI. Mehat tells Gadgets 360 that AI advancements are expected to bring a high level of intelligence to enable learning of networking behaviours. "AI will also help define where to drive traffic at a particular time of day and help businesses optimise the placement of the network so that it enables even better coverage," she asserts.

India isn't new as a market for Netgear, and Mehat says that the company has been in the market for almost 10 years, and is the second-biggest market for the company's wireless solutions after US. But the budget-constrained nature of Indian buyers comes as both a challenge and a learning source for the company. "We've used our experience in India to build products that would have 80 percent of the features at 30 percent of the cost," says Mehat.

Among other factors, unstable Internet connectivity and growing, high-density population of netizens are some of the challenges that are somewhat unique to the Indian market. However, Netgear is considering it as an opportunity. "The density of population in India directly translates to the density of network capacity, literally," says Chang. "This drives our innovation and product development."

Netgear recently launched Insight Pro to help Indian resellers receive recurring revenues and have a sustainable income model. The Netgear Insight Pro comes as a cloud-based platform to let resellers manage their customers' requirements remotely and have a single window to work on multi-site management. "Resellers are nowadays seeing a dip in their businesses and margins, and they need to have more and more customers to compensate their decline," states Mehat. "With our solution, they are being able to sell more networking as a service and become a managed service provider and have recurring revenues. They'll also build customers loyalty over time, alongside recurring revenues."

Instead of building enterprise products from scratch, Mehat tells Gadgets 360 that Netgear leverages its technology for the home market while building new business-focused experiences. "This way, we aren't currently creating products from scratch, and thus we're able to reuse the existing components and solutions in the products for enterprises. For example, we've had the Orbi product in the home for mesh Wi-Fi network, but we've recently built the Orbi Pro for businesses that leverages the same technology that we originally brought for homes."

Netgear is also touted to use consumer feedback, received mainly via its channel partners, to build new offerings. By this way, the company is differentiating its presence from the competition. "Compared to the high-end enterprise guys like Cisco, for example, we're very more affordable," affirms Mehat, adding, "Their prices are already through the roof even if they are offering a lot of discounts. We're kind of in between these high-end guys and Chinese manufacturers that bring cheaper products to the market."

Forecasting what's coming up in the networking market, Mehat tells Gadgets 360 that the market of wireless solutions is going from the AC standard to AX. "We'll go more into the IoT world and power more and more devices and connect more and more devices," she projects. "You'll have higher speed and higher connectivity on network switches. But it will never be enough. We're currently going up to 40Gbps and probably going to 100Gbps. It should also be everything about more artificial intelligence and machine learning so that we can bring value to management space."

Particularly in India, Netgear sees growth in terms of volumes. "The growth is projected mainly because of cost-effectiveness and the emergence of smart homes and IoT," explains Mehat.

Netgear presently has its Insight cloud team in Bengaluru, while its Web team sits in Pune and Mumbai. Chang tells Gadgets 360 that the Netgear app that helps users manage, monitor, and maintain their products is also developed "in a very significant way" in India.

With the growth projection in India, we wondered if manufacturing could shift to the country over time. Mehat said that's unlikely to happen anytime soon. "We're currently investing more on the developing the teams on the software side and development side. The developments that are done in India are for the global market," she concludes.