Big Sur has some interesting new features optimised for India. 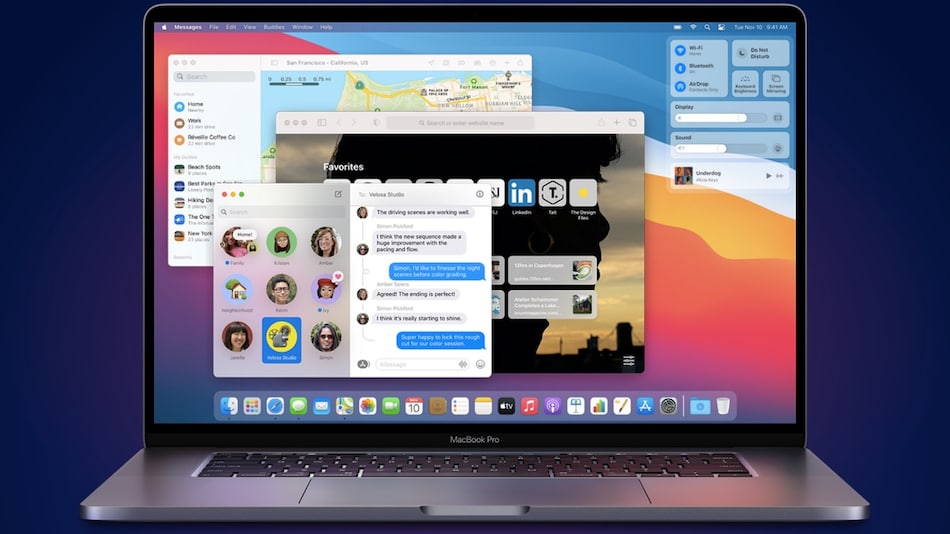 A few months ago, macOS 11 Big Sur got a major version number upgrade. Some of us thought it'd be version 10.16 (since Catalina was labelled 10.15), but Apple decided to bump it up all the way up to 11. With the recent launch of Macs powered by Apple Silicon powered Macs, it's quite clear why Apple chose to make the step up. macOS 11 Big Sur is the first version of the OS to natively support the new Macs that have switched from Intel silicon to Apple's own SoC.

Having used Big Sur (on Intel-powered Macs) for a while now, it's clear that even for those who don't immediately upgrade to Apple's latest Macs, there is a lot to watch out for in the new operating system. Here are some of our favourite features from macOS Big Sur, including some features optimised for India.

We keep delaying macOS updates simply because of how long each minor update takes to install. Big Sur wants to fix that. Apple says software updates will begin in the background and the actual installation process will be much faster than before. There's no reason to delay those updates any more.

2. Messages on macOS is finally as good as its iOS counterpart

If you use iMessage, the Messages app is probably a big part of your daily workflow. All these years, we've always felt that Messages on macOS needs a major update to bring it on par with the iOS app. Features such as sending stickers and lovely iMessage effects weren't available on macOS until Big Sur came along. Now, we finally have the Messages upgrade we've been waiting for, with support for pinned conversations, inline replies, message effects, and so much more on Big Sur.

The best part is that it also adds support for localised message effects for India. Messages such as Happy Diwali and Happy Holi will automatically apply these effects, even when they're written in any of 23 Indian languages supported on macOS Big Sur.

This year, on macOS Safari has a customisable start page where you can add your own wallpaper, and change the layout to personalise it to your taste. Apart from this, Safari also loads pages faster and is better at conserving battery life — both very important features for those who use MacBooks for work. The new Privacy Report feature is great to check which trackers have been blocked and how your privacy is being protected.

The iOS-ification of macOS is a slightly controversial subject, but in many cases it does add useful features. For example, we've already spoke about Messages on macOS, which is finally the app it should always have been. Similarly, macOS gets the Control Centre that iOS has had for a few years. You can quickly access common settings such as Wi-Fi, AirDrop, and more, without going to System Preferences every time.

6. Voice Memos gets some cool features

With macOS Big Sur, you get to see a graph of battery usage history — just as you do on iOS — which is great to keep an eye on how much actual battery life you're getting. Additionally, Big Sur introduces a feature called Optimised Battery Charging to reduce battery ageing. This feature allows macOS to learn your charging routine and slow down charging when your Mac is connected to a charger for an extended period of time. Apple says this will reduce battery wear and improve its lifespan.

Which is your favourite macOS Big Sur feature? Let us know via the comments.

YouTube Is Back After Worldwide Outage of About 2 Hours