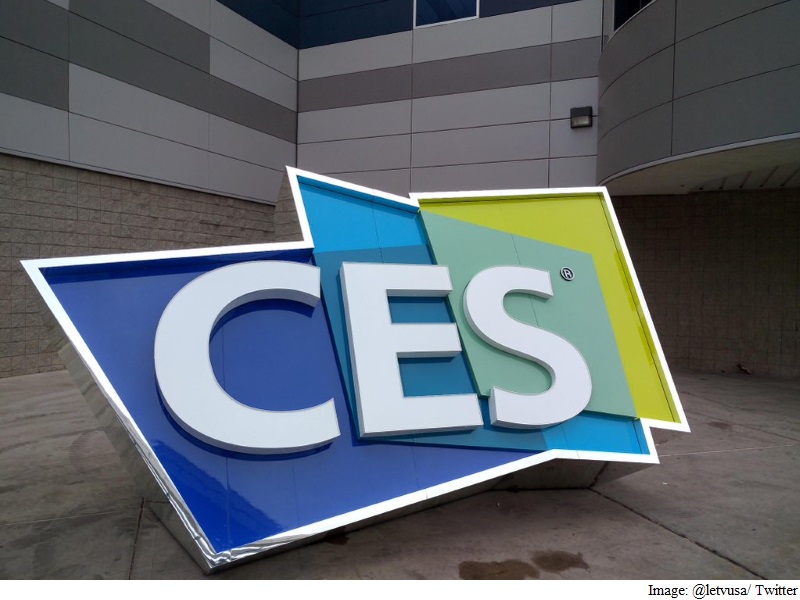 CES, the largest consumer electronics show in the world, kicked off with a sneak peek at what some companies will be exhibiting on the show floor this week. Even with a smaller sampling of exhibitors, there was a dizzying amount of tech to take in - everything from drones to laser-powered gizmos that promise to regrow your hair. We walked the floor and picked out five items that might be worth buying if they ever get to the market.

There is a catch: Like so much of the gadgetry on display at CES, all of these items aren't for sale yet. They also don't have some of the finer details, such as price, worked out yet either. 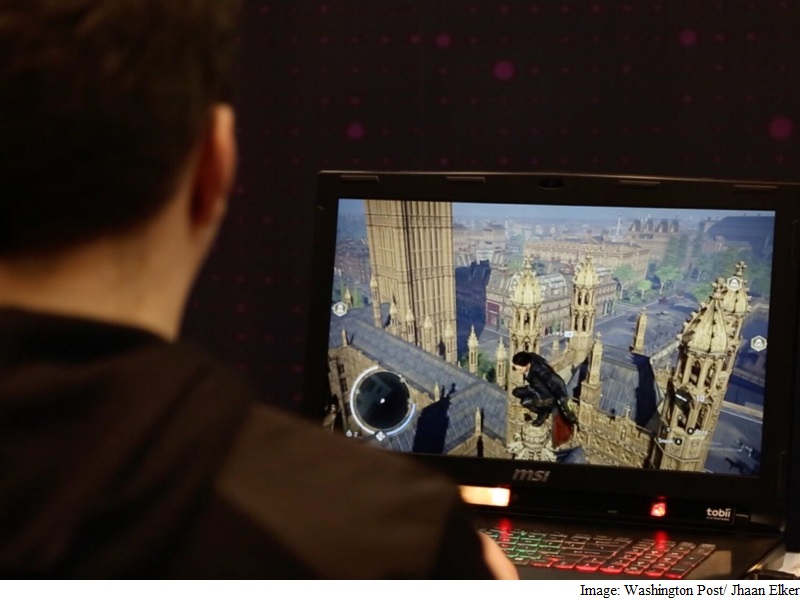 What does that mean? It means you can shoot people with your eyes, that's what. The technology was layered on top of existing games, so that players still control the way a character moves and the general camera angle with a traditional controller. But instead of having to flick through available targets, you can just look at the part of the screen where you want to aim, and then shoot or jump where you want to go. Tobii has partnered with Ubisoft to put the technology into the PC version of "Assassin's Creed: Syndicate" some time this year, and a representative from Ubisoft said support for the technology will launch with "Tom Clancy's The Division," another major title, this spring.

2. Cast: We're all probably guilty of sharing the password to a streaming video service at some point in our lives, right? With Cast, a streaming video hub, you won't have to play fast and loose with the law anymore to share videos with far-flung friends and family members. That's the idea, anyway. 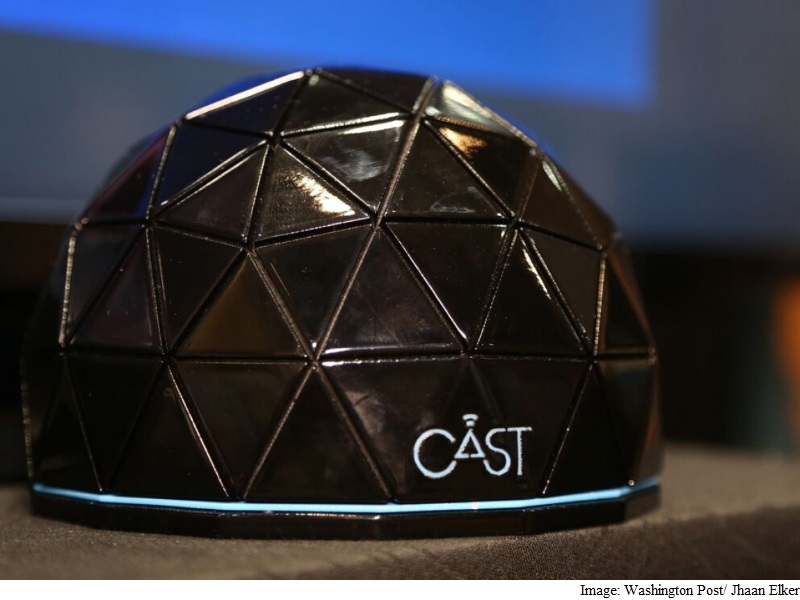 This streaming hub is designed to let you share content from paid services (think like Netflix or HBO Go) with up to five of your friends - letting you watch on up to six devices together just as you would if you were all gathered on your sofa. So how could this possibly be legal? That's a main issue the company that makes Cast, Genii, is tackling ahead of its planned launch sometime this year. To make sure things are above board, the firm is talking to several content providers who seem on board with the idea of limited sharing -- perhaps recognizing that consumers are going to find a way to share content anyway. The Cast Hub had a short-lived Kickstarter campaign that started in November, in which it offered the device for an early-bird price of $129 for the base. It canceled the campaign at the end of last year, saying that it wanted to focus its efforts on getting partnerships - and to get through CES - before continuing with the crowdfunding effort.

3. Parrot Disco: Parrot drones have been a highlight of CES for many years, and this year is no different. The company is showing off a new model called the Parrot Disco, a fixed-wing drone that you can launch by hurling it into the air like a Frisbee. From there, the drone's autopilot features start to work their magic, making it easier for beginners to navigate. The idea is that you can just tell it to go left or right without having to worry about having to mess with the angle of the nose or the tilt of the wings. The drone has a 14-megapixel camera in its nose, as well as a GPS sensor so that it can find its way back to you. It weighs about 1.5 pounds. Parrot says that while this drone can't hover because of its new design, it should be able to fly up to 50 miles per hour. It's due out some time this year. 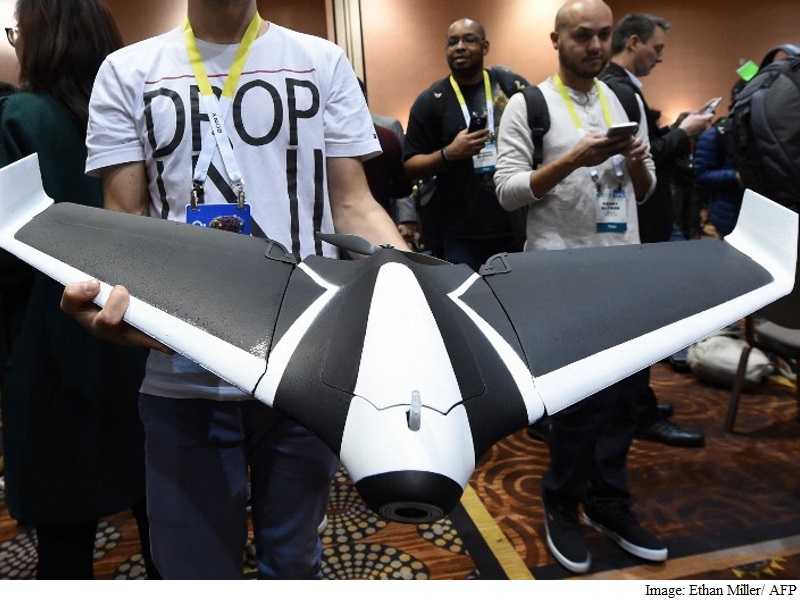 4. Ili, the wearable translator: This little translator is about the size of a thumb drive, has one button and is described as the world's first wearable translator. The idea is that users speak into the device while holding down the button, let go, and then have the Ili translate into another language in real time. The whole thing is designed to work offline - so no connection needed. It instead draws on a database of words and phrases stored locally in the device. 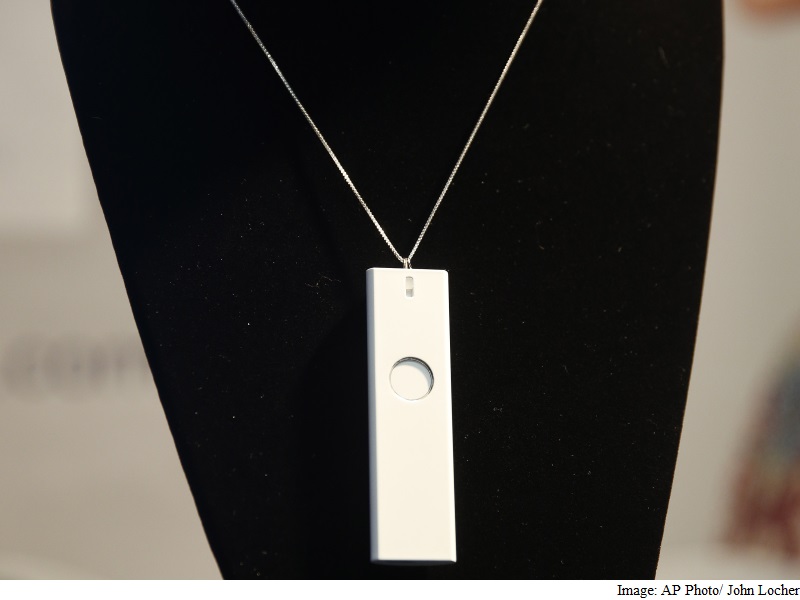 Initially, the Ili is planned to work with English, Japanese and Chinese, with plans to tap native speakers to build databases for French, Thai, Korean, Italian, Arabic and Spanish in the future. One problem with the Ili? This one may really be too good to be true. It's made by the Japanese company Logbar, which is infamous for the disastrous launch of another promising product it debuted at CES, the Ring Zero. After raising more than a million dollars on Kickstarter, the firm put out what tech reviewer Snazzy Labs dubbed as the "Worst Product Ever Made." That's hardly an endorsement of the company's ability to execute on its prototypes - and it didn't even have a working prototype on hand at the show, just a video demo. Still, the Ili described by the company would be pretty useful if Logbar can learn from its mistakes and actually pull it off.

5. Stabilo Digipen: Moving from the high-flying to the everyday, Stabilo's Digipen promises to be the modern notetaking instrument of my dreams. Made by an established German pen company, this souped-up ballpoint reads and learns the way you write and converts it into digital text for you. Unlike other smart pens, the Digipen is designed to work with any kind of paper. 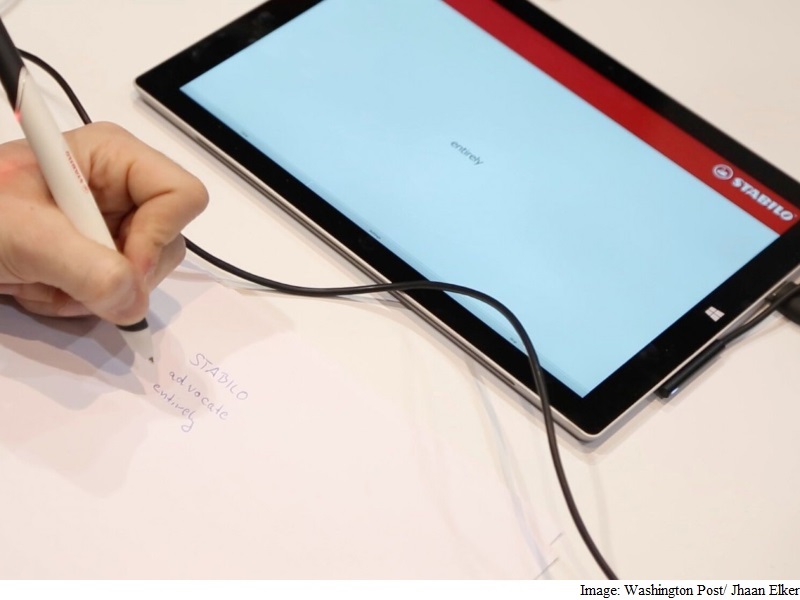 So, the company promises, you won't have to buy special notebooks to be able to convert your words into a usable digital format. During the show's preview, the company had to plug the pen into a tablet to combat interference from other devices - there's a whole lot of Bluetooth in a big demo room - but the product is normally wireless. Representatives at the booth wouldn't allow hands-on demonstrations, saying that the product is still in its earlier stages and takes some time to calibrate to something as unique as an individual's handwriting. But there were several demonstrators at the booth from the company, each with their unique handwriting, who showed that the product is at least more than a pipe dream. The pen firm has been investing in smart products for a few years now, as it looks to the future of writing, and says that the Digipen should be out some time this year.