Dell on the Future of Alienware, Building the Smallest Webcam, and More 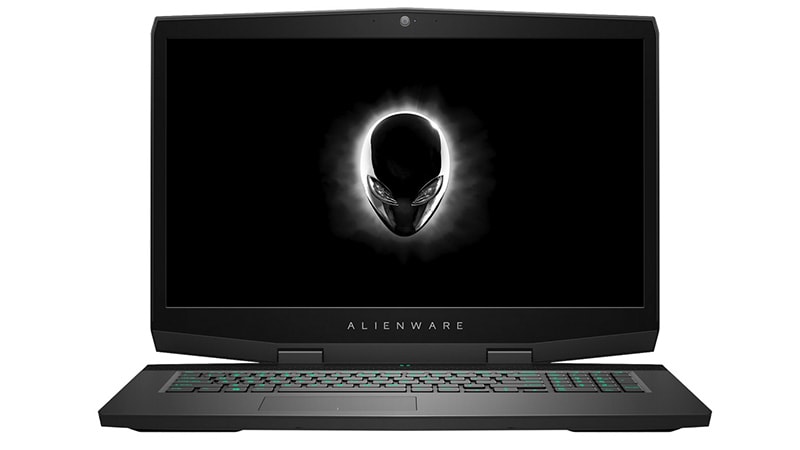 In part one of our interview with Alienware VP, Frank Azor, we touched upon Dell's hero product for CES 2019 — the Area-51m flagship gaming laptop. We talked about what went into designing the laptop, Nvidia's roll in the creation of the modular graphics cards, and how the company plans to market this fairly expensive laptop.

In this second and final part, we begin with Dell's G series gaming laptops which include the new G5 and G7. This series originally started off as the Inspiron 7000 Gaming series, and later on, was rebranded to the G series with a different design identity to separate it from Dell's Inspiron laptops. The target audience for these laptops are typically entry-level or casual gamers that want an affordable gaming laptop.

The new Dell G5 is only available in a 15-inch model whereas the Dell G7 now comes in 15-inch and 17-inch options. What really surprised us though is that Dell is no longer limiting this series to mid-range level graphics cards. Till now, you could only go up to a GeForce GTX 1060 on the G series, while the more powerful cards like the GTX 1070 and GTX 1080 were reserved for Dell's Alienware line.

"If you don't have haters, you aren't doing anything right": Alienware VP

Now, the new G5 and G7 will offer GPUs all the way up to a GeForce RTX 2080 (non-Max Q), while keeping the overall cost less than the equivalent Alienware offering. So our question to Azor is, why should anyone go for Alienware over this?

“If you're buying a product based on its core specifications, buy the G7 or the G5,” says Azor. “What Alienware offers — besides the components in the system — is that the [Alienware] m15 is going to be lighter weight because it's expensive to go thin. That cost we can only afford in the Alienware class. The second thing you're going to get is the industrial design — the paint finishes, the build quality will be a little bit different from the G series.”

The conversation shifts to the new Alienware m15 and Alienware m17, which are two new slim-and-light gaming laptops from Dell. The Alienware m15 launched late last year in the US and the one that was showcased at CES was essentially a refresh, with newer Intel and Nvidia graphics options. However, the Alienware m17 is all-new and is currently Dell's thinnest and lightest 17-inch gaming laptop.

Azor says that the thin-and-light segment is quickly gaining in popularity and that's where the industry is gravitating towards. However, Dell is currently also selling the standard (read: thicker) editions of Alienware 15-inch and 17-inch laptops but that should soon change.

“The standard ones will be replaced by what you see today, the m15 and m17 and then the Area-51m at the top,” says Azor. “Our thinking here is, if you're buying the smaller form factor — the 15-inch — you're buying it not primarily because there's a price difference, because it's pretty minimal. You're buying the 15 because that's smaller and lighter weight. So having a thicker version of the 15-inch notebook doesn't make sense in our portfolio.”

Most gaming laptop manufacturers these days have a dizzying number of offerings on hand, which can be very daunting when it comes to making a buying decision. The approach Alienware is taking may just streamline the product stack which not only makes it easier to choose the right model, but could also pose less overhead when it comes to after-sales support. Plus, there don't seem to be any compromises in feature set with the smaller 15-inch model, compared to the 17-inch one. Despite the difference in size, they share very similar hardware configurations and even have the same number of physical ports.

These laptops continue Alienware's signature design language that we've come to expect for the past five or six years now, but this might change very soon. The company is in the process of re-inventing its gaming identity with the new ‘Legend' design language, and the Area-51m laptop and the upcoming 55-inch 4K monitor are the first products to feature it. To understand what prompted Dell to re-think this new design strategy from the ground-up, Gadgets 360 also spoke to Justin Lyles, who's the VP of Consumer Design and Experience at Dell.

“It was not customer feedback, it was an internal intuition,” Lyles says, explaining what prompted the overhaul. He adds that it was Azor who came to him nearly two-and-a-half years ago with the intention of completely overhauling Alienware's design language.

“For the past six years, we've had products in the market with a certain identity, that was called ‘Epic' at the time," says Lyles. “When it first launched in 2012…very unique, [but] in the past five [to] six years, the whole industry has arrived at a very common recipe for gaming design. We see it [as] getting very dark in colour, very angular and geometric. So we decided that we need to step out of that. We need to redefine what Alienware can be…what the gaming industry is going to be in the future."

Lyles tells us that the inspiration for ‘Legend' design comes from “various industries like sporting athletic equipment, automotive architecture” but e-sports has also played a big role in arriving at this final look.

“On the LCD back [of the Area-51m], we have this giant graphic ‘A51'," says Lyles. "That's almost like the number on the back of a sporting jersey. The high contrast of the white and black for the Lunar Light version [is also] based on this competitive, aggressive, kind of bold, high-visibility kind of nature."

“We fully expect a lot of the industry to follow our design cues very quickly, over the next couple of years," he adds. "They'll chase us again, we'll jump again."

Of course, being head of design for Dell means Lyles pretty much has his hands full in overseeing all consumer products, which brings us to some of the other new launches such as the new XPS 13 and the Inspiron 7000 2-in-1.

The new XPS 13 (9380) looks very similar to last year's XPS 13 (9370) and the one that came before it. The highlight feature continues to be the three-sided thin bezel display. However, the new model for 2019 finally puts the webcam back on the top of the display, instead of the bottom.

In order to do this, Dell created a new webcam measuring just 2.25mm, all in-house, which allowed them to place it in the narrow bezel on the top.

“Shrinking [the webcam] was half the battle. But maintaining the quality so it's not grainy was another challenge,” explains Lyles. He tells us that the team started working on a solution more than two years ago and took a lot of back and forth to get the right balance between image quality and size.

The design of the new Inspiron 7000 2-in-1 is also something Lyles is very proud of. The new laptop has a cut-out in the hinge, which acts as a dock for Dell's Active Pen and is held in place with the help of magnets.

Lyles explains that even though it might seem like a simple idea, the engineering needed to get it right was challenging. Also, since the laptop can be converted to a tablet, the pen had to be accessible in any usage orientation.

“That's a very clever innovation,” says Lyles. It took the team just 12 months from conceptualisation to delivering a final product, ready to ship this year, which he considers a big achievement.

As we begin to wrap up our chat, we ask Lyles about what sort of new design innovation we can look forward to from Dell going ahead. "It varies based on different verticals. Alienware will always be about performance and how to get the best thermals,” says Lyles.

Building thinner laptop keyboards, while still maintaining good tactile response seems to be an ongoing design challenge. “The future could be haptic or a hybrid between mechanical and haptic keys, [but] you'll see a lot of innovation in that space going forward,” he adds.