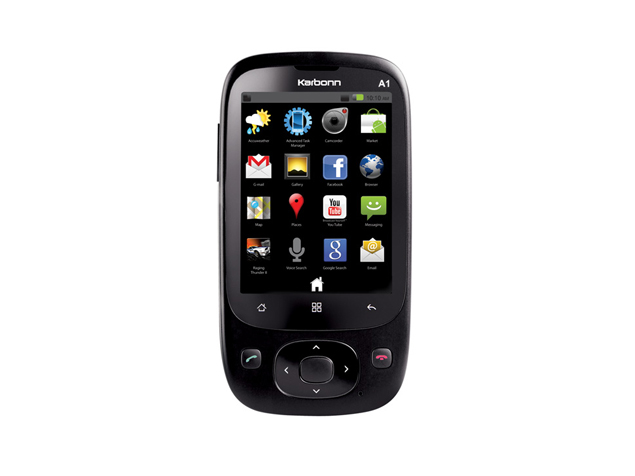 Karbonn A1 mobile was launched in July 2011. The phone comes with a 2.80-inch touchscreen display offering a resolution of 240x320 pixels. Karbonn A1 is powered by a 600 MHz one-core processor. The Karbonn A1 runs Android 2.2 and is powered by a 1100mAh removable battery.

As far as the cameras are concerned, the Karbonn A1 on the rear packs 3.2-megapixel camera.

Connectivity options on the Karbonn A1 include Wi-Fi, GPS, FM radio, and 3G. Sensors on the phone include accelerometer and proximity sensor.

Karbonn A1 User Review and Ratings