The F-Word the Internet Doesn't Hear 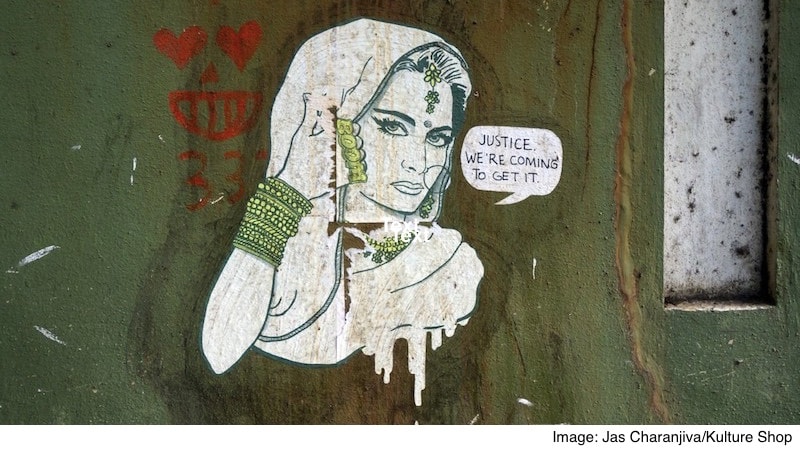 Last month, the girl students of Benares Hindu University protested against the authorities. One of the reasons for this - why do boys get Internet connections in their hostel rooms, while the girls don’t?

Khap Panchayats across villages in states like UP and Haryana are notorious for thinking that women using the Internet is a bad idea. This leads to blanket bans on women using mobile phones, apps, social media, as Dr. Anja Kovacs, founder of the Delhi-based freedom of expression group the Internet Democracy Project, explained in a research paper on mobile phone bans in North India.

She writes that the Baliyan Khap Panchayat of Sisouli village and surroundings, near Muzaffarnagar in Uttar Pradesh, issued an order in mid-November 2014, banning women from using online networks. "Henceforth, all those under 18 years of age in the villages covered by the Khap Panchayat should no longer be allowed to access chat applications like WhatsApp or social media sites like Facebook," the order read.

Kovacs noted that although the head of the Khap Panchayat would later claim that the order was meant for both boys and girls, others, such as Bhartiya Kisan Union district president Rahul Ahlawat, were clear that it is especially girls who should refrain from using new technologies.

The underlying thought process seems to be, 'how will women use smartphones when they are alone?'

"Or worse, what if my wife knows what I have been up to when I am alone!" says Sheetal in Alwar, one of Google's Internet Saathis, who works to educate other women on how to use the Internet, telling Gadgets 360 that this is a real concern voiced by the husband of one of the women she helped in Alwar, Rajasthan.

Women that Internet Saathis taught to use a smartphone
Photo Credit: Arjun Dixit

“Many rural families have just one mobile, which is with the man,” says Prasanto K Roy, VP and Head, NASSCOM Internet, Mobile and E-commerce Council. “So for instance when health-care workers try to reach rural women through mobile messaging, they often reach only the man of the family. He is the one who gets all the messages about hospital deliveries, breast-feeding and so on.”

Digital gender gap in India is 36 percent and partly that’s because phones are seen as a threat to male power.

That's what the Internet Saathi project, set up in 2015 by Google and the Tata Trust, set out to change. Back in Alwar, Sheetal goes to villages on her bicycle, with tablets and smartphones to teach women. “Aap humare mihalon ko kyun bigaad rahi hai (why are you ruining our women),” is how the men she meets usually greet her.

Like Sheetal, there are many Internet saathis in rural India. Google India says that the project has helped 2.6 million women come online. That's a very small number of women when you take into account the huge numbers that are being left behind, creating a second digital divide - the first between the cities and the villages, and the second between the men and the women.

The Internet may have a gender, but patriarchy is unisex
The principal - a woman herself, if that matters - of a school in a UP village was agitated when Preeti, another Internet saathi, taught her students how to use a smartphone. "You will turn my students against me and spoil them," the principal said, Preeti told Gadgets 360. This principal is responsible for the future of 1,200 students, Preeti added.

Madhya Pradesh Professional Examination Board held its examinations online. The idea behind this is that online exams can increase participation, and make it easier for everyone to take part, explained Bhaskar Lakshakar, Director, Professional Examination Board, MP. However, Lakshakar told Gadgets 360 he feared that the number of female students appearing for the exam would decrease.

“Internet and mobile are a serious cultural challenge to a country like India,” says Osama Manzar, Founder and Director of Delhi-based Internet access campaigner, the Digital Empowerment Foundation. “It gives you individual opportunity, individual freedom, and individual opportunity. And India is patriarchal society where control is the biggest framework of a family, of a community or a society.”

When health-care sectors try to reach rural women through mobile messaging, the devices ends up with the men of the family. They are the ones who get all the messages about breast-feeding and so on.

This is something that Kovacs also highlighted, tweeting, “Digital gender gap in India is 36 percent and partly that’s because phones are seen as a threat to male power.”

In this scenario, can women actually be digitally empowered? The Broadband Commission Working Group on the digital gender divide has listed four areas to close the digital gender gap. One of them is to confront barriers that restrict gender equality online.

The recipe to digital gender equality is not just to throw in devices and a decent Internet connection. Digital India needs to understand what it means for a woman in India to be digitally empowered. Technology companies, safety app developers, e-government, communities, families - all the stakeholders, in fact - need to face the facts, and rather than rush to make a fix, must pause and make changes only after actually observing people on the ground and considering local idiosyncrasies, which makes any progress slow and steady.

The problem is that slow and steady are not the adjectives one uses to define the Internet. But when it comes to bridging the digital gender divide in India, the progress seems to be stuck within that phrase.