Everyone's Excited About Sensors, Connectivity, and the Internet of Things - Except Me 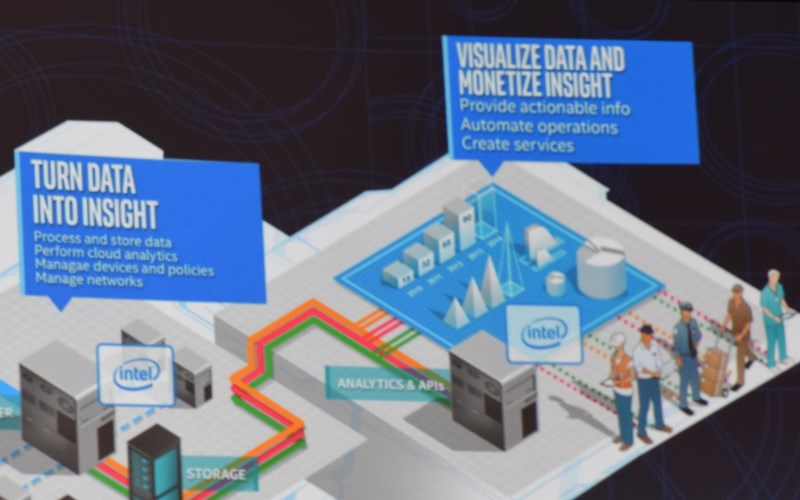 It's easy to get caught up in the excitement that always seems to accompany the debut of any new technology, especially when new types of products are being launched and new visions of a utopian future are being laid out. Even those of us who are now jaded by incremental year-on-year speed and feature updates have to sit up and take notice when it seems as though the world and life as we know it could change in profound ways - such as when the world's biggest and most influential companies start talking about the next big thing after computers and smartphones. When it looks like the Internet will turn into something very unlike what it is today. When robots are not just in the movies, and artificial intelligence is not such a strange, impossible dream anymore.

Visions of this sort are described and demonstrated by the world's most influential tech companies all the time. Many are full of catchphrases such as "The Internet of Things", and bright promises of improvements to our lives, but many also seem to make ordinary actions and events a lot more complicated for no apparent reason. The word "smart" has been used and abused to the point that it has no meaning anymore - just adding Internet connectivity and sensors doesn't really make a toothbrush, pet feeder or staircase railing "smart". When this sort of excitement accompanies every new idea, we are distracted from the implications that get swept under the carpet: security, privacy, and the effects of living in a world where every single thing generates data about you.

And that's the way things are going. Tech companies are desperate to promote such projects in the hope that the ones that catch on will drive huge demand for their products. Corporations of course love being able to use data to profile individual customers and target ads; governments are also quite likely pleased about the potential for 24/7 surveillance. There really is a world-changing sort of shift under way, but it's creeping up on us slowly and we're only just scratching the surface when it comes to seeing the implications of the path we're heading down. 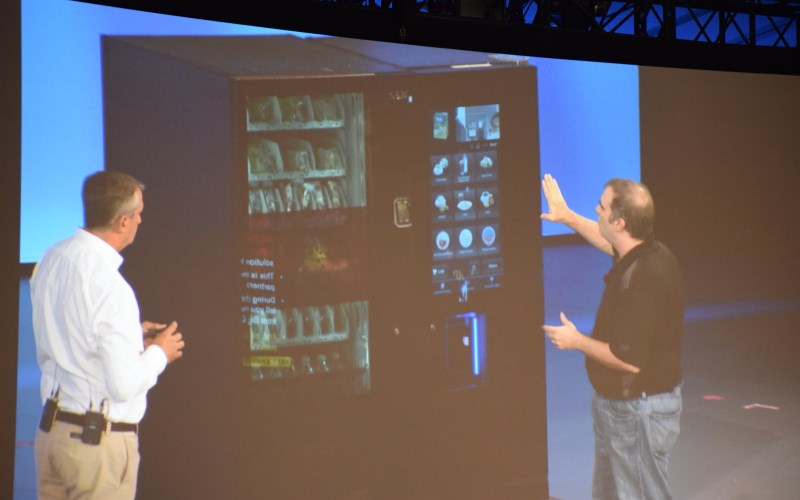 For example, at the recently concluded 2015 Intel Developer Forum, which we attended, CEO Brian Krzanich demonstrated a dozen or so new products and experimental designs, using a variety of sensors including 3D depth-sensing cameras, many of which play into the Internet of Things vision.

One such demo was of a "smart" vending machine that can sense a user approaching. The nice part of it is that users can perform gestures instead of tapping buttons, which can come in handy in hygiene-sensitive environments. But it also uses algorithms to determine the user's gender and age range (no other parameters were specified, but it stands to reason that there could be many, including emotional state) to recommend products.

It's pretty certain that these machines will also be tracking what kind of customer buys which product. But it's also entirely possible that tracking won't be limited to just demographic group behaviours. In the future, you could be at the mercy of an industry which decides (or at least heavily influences) what you consume and how you pay for it, based on your prior history. Vendor alliances could mean you're recognised and bombarded with incredibly specific ads everywhere you go. Footage or data could potentially be used for more nefarious purposes, especially if it finds its way into the wrong hands. 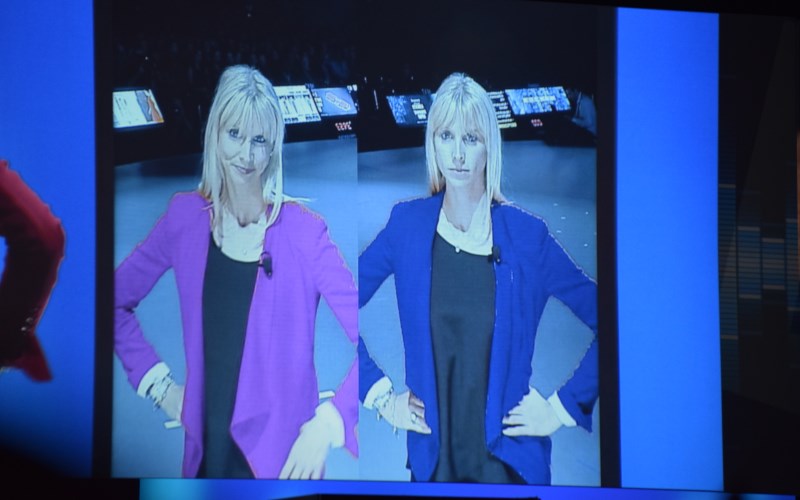 A related project that Krzanich demonstrated was a "smart mirror", which lets customers virtually try on clothes, and which could also easily tie in to other retail systems, tracking our choices and spending patterns. There's no way to say that any of this will actually happen, or that this is what developers have in mind when they create such things, but it's hard to ignore the possibility.

At home and at work too, cameras and microphones could soon be tracking us all the time. Other demos at IDF involved real-time voice analysis or 3D face recognition -- accurate enough to distinguish between identical twins -- that's used to unlock PCs automatically when you sit down in front of them or speak a command. That might be more convenient than typing in passwords all the time, but it means that that camera and/or mic are always on and always watching. Once constant camera activity becomes the norm, malware could record you and you'd never know the camera was on for the wrong reasons -- the little activity LED will be useless when you become trained to ignore it.

A minor controversy erupted earlier this year when it emerged that Samsung's smart TVs were constantly sending ambient recordings over the Internet for command analysis -- which goes to show that we might never really be able to know for sure who's listening. 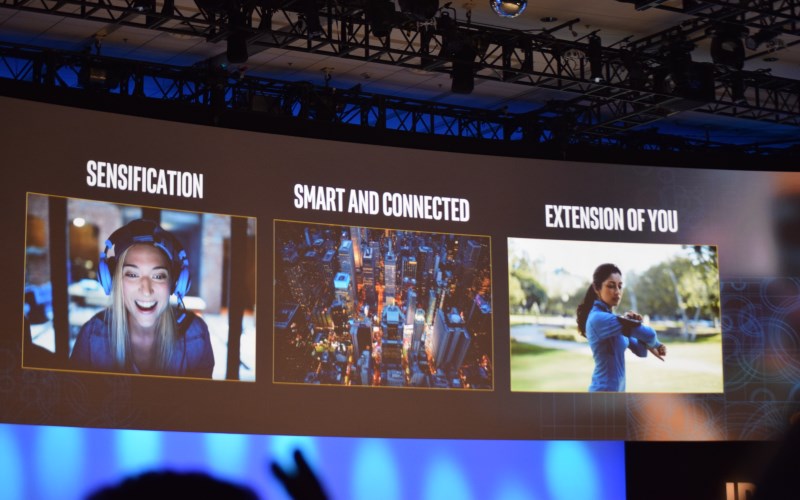 Will we have to become hyperaware of the things we say in our own homes? Will we modify our behaviour or avoid certain places and activities, if and when the technology around them becomes too intrusive? Will there be a backlash leading to forced regulations somewhere down the line? What will it take to highlight such potential problems?

Anti-surveillance projects such as CV Dazzle already exist to highlight intrusions into our privacy, and these will only become more relevant as public spaces fill up with such machines. Counter-surveillance could easily become the next big thing in personal security; as indispensable as ad blockers and malware scanners are today. Arguably, we don't really need any of these new innovations to make our lives better. It's corporations driving the shift, whether because they need new things to sell in saturated markets or they just sense the potential to make more profit.

Machines are going to be creating incredibly sophisticated profiles of us - our habits, locations, activities, financial patterns, health, and far more. Security is going to be paramount for product and software developers (which Intel did spend some time making very clear), but we're going to have to learn new best practices too, and fortunately or unfortunately, we have to accept that the world is changing already, and we might soon be far more connected and thus far more vulnerable than we're comfortable with.