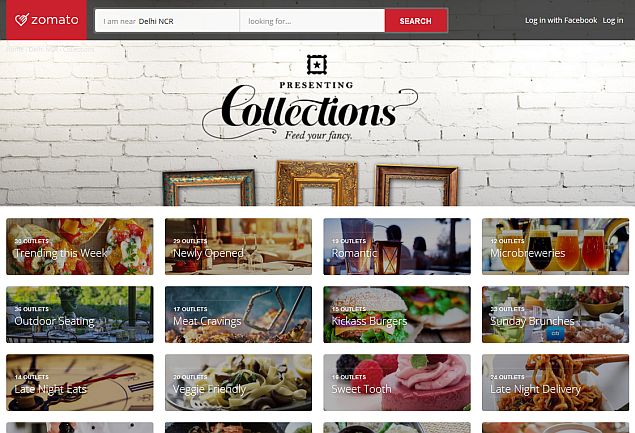 "Our first investment in Zomato was made almost four years ago, and the team has shown phenomenal progress since then to build the Zomato that we know and use. The company is growing very fast, and we are proud to back them up to further grow the business - both inside and outside of India," said Sanjeev Bikhchandani, Founder, Info Edge.

The six-year-old company (founded in 2008) has a presence in over 100 cities around the world in 18 countries, including India, Brazil, Canada, Chile, Indonesia, Lebanon, New Zealand, Philippines, Poland, Portugal, Qatar, Slovakia, South Africa, Sri Lanka, Turkey, UAE, the Czech Republic, and the UK.

"Zomato is well on its way to becoming the world's local expert in dining out. In the past year, we have added eight countries and millions of new users to our foodie truck. From just restaurant discovery and menus, Zomato has now become a vast global community driven by social interactions. This is an exciting point in our journey, as we accelerate our way across the globe, and build a product that will continue to redefine the way people dine," said Deepinder Goyal, Founder and CEO, Zomato.

At this point, the company says that it also has plans to expand to 14 more countries across Europe, South East Asia, Australia, and the Americas. The company has also been growing aggressively with major acquisitions in the recent past. The four recent acquisitions include MenuMania in New Zealand, Lunchtime in the Czech Republic, Obedovat in Slovakia, and Gastronauci in Poland.
Comments