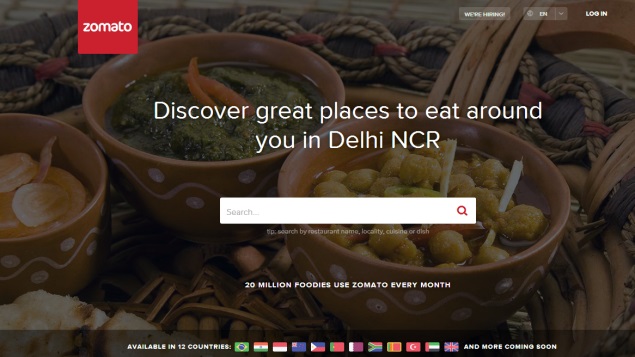 Commenting on the development, Zomato Founder and CEO Deepinder Goyal said: "Together, Zomato and Menumania will be the largest resource of restaurant information in New Zealand".

Following the acquisition, the founding team of Menumania will be working closely with Zomato, the Gurgaon-based company said in a statement.

This acquisition is a strategic move to establish Zomato's presence in the Pacific, it added. This global acquisition is the first of more to come, in the company's mission to be the dominant player in this space across the globe, Goyal said.

"We will be able to combine our local knowledge about the market with the technology Zomato brings to the table," MenuMania Founder & CEO Cristian Rosescu said.

Zomato has been expanding its global presence with launches in Europe and Southeast Asia for the past six months and also working to strengthen its presence in existing markets. Zomato launched its services in Auckland and Wellington in July last year, and extended its services to Hamilton in December, 2013. The Menumania website will eventually migrate to Zomato.co.nz to maintain a single identity.

Started in 2008 by Deepinder Goyal and Pankaj Chaddah, Zomato is present in 41 cities across India, apart from the UK, the UAE, South Africa, New Zealand, the Philippines, Portugal, Brazil, Turkey, Indonesia, Sri Lanka and Qatar.

As an online and mobile restaurant discovery service, it provides information about over 2,30,000 restaurants across 12 countries.