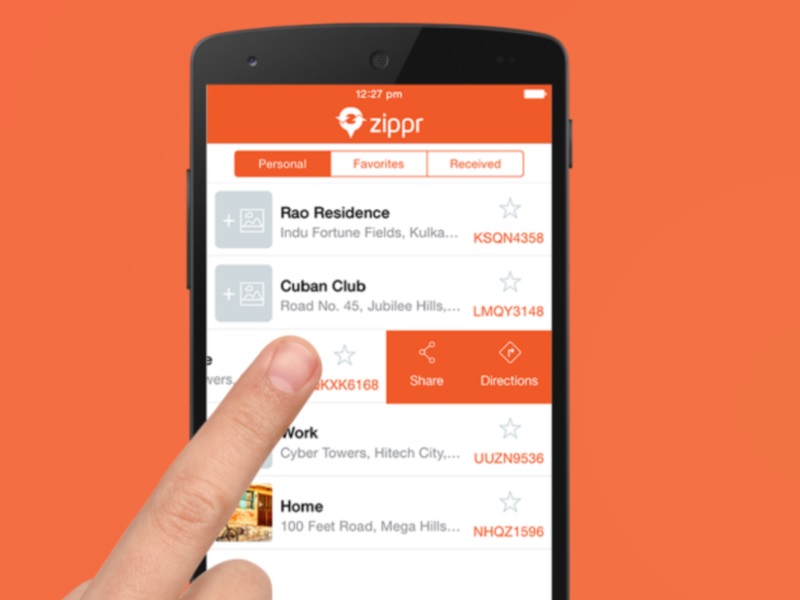 Smart address creating company Zippr on Tuesday said it was tying up with online real estate player CommonFloor to aid quick and seamless listing of properties on CommonFloor's website.

"With this partnership, a user having Zippr code can list a property on CommonFloor via the Zippr app in less than a minute. All that the user has to do is select the Zippr code and provide basic information of the property he/she would like to list," the company said.

Zippr is an innovative app, available on iOS and Android, that helps users create a unique Zippr shortcode which is a combination of four random alphabets and four random numbers replacing the traditional and archaic long addresses of homes.

"This service will augment many other services that we now offer within our mobile app. This is in addition to the rapid efforts to integrate with different municipalities and smart cities across India to replace the archaic house number with a smarter, shorter Zippr code," Aditya Vuchi, founder of Zippr, said.

The app also helps users create and manage these places in a simple and intuitive manner.

"The move will accelerate CommonFloor listing process which already has five lakh active property listings from over 200 cities and has over one lakh residential projects listed with it," Zippr said.

"The integration of Zippr with CommonFloor will provide customers a much faster and easier means to list properties. Our aim is to map every property in the country on our portal and such partnerships help us to offer customers to view wide variety of properties on our platform, and take an informed decision before buying or renting," Sumit Jain, co-Founder of CommonFloor, said.