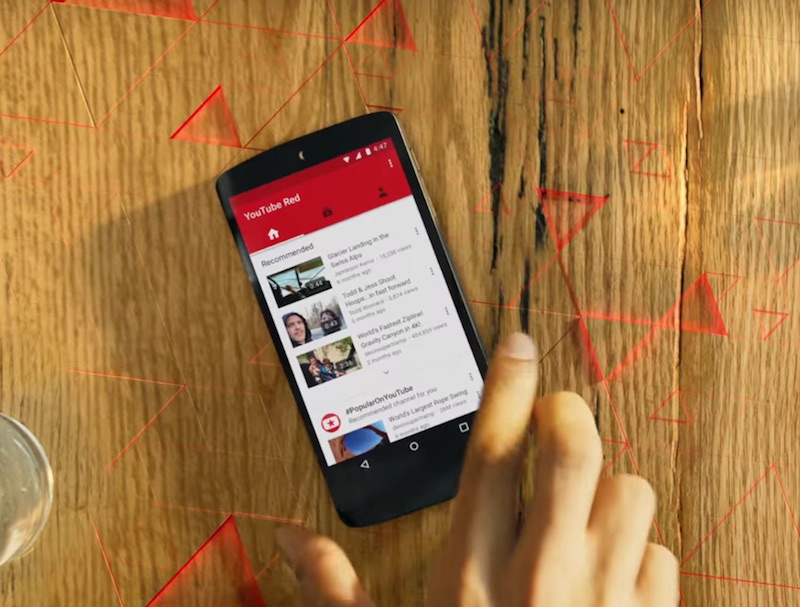 For the launch of YouTube Red, an ad-free version of the video portal that charges a monthly subscription fee of $9.99 (roughly Rs. 650), the company reportedly didn't give content creators much of a choice. YouTube is said to have told content creators to either accept and sign up for its new revenue sharing model introduced with the service, or see their videos become unavailable from public view.

Google has confirmed to TechCrunch that creators who earn ad revenue but don't agree to sign its revenue share deal for the new YouTube Red will see their videos hidden from public view on both ad-supported and ad-free platforms. The company's stance on the matter sees everyone - whether you're a popular comedian, or a renowned cook, or just a person who occasionally rants about stuff (but earns ad revenue) - with the same eyes. For those who don't run ads against their videos, nothing has changed.

The company, obviously, doesn't frame it this way. Instead, it says doing so will maintain consistency across both of YouTube versions. Which is true in its own right. People who are paying $9.99 to watch ad-free content should be able to see videos from all their favourite uploaders on Red.

According to the company, most uploaders have agreed to comply with YouTube's terms and conditions. TechCrunch quotes Robert Kyncl, Chief Business Officer of YouTube as saying 99 percent of the content consumed on YouTube will be available on Red. He also noted that YouTube will pay them a "vast majority of revenue." The revenue per video will be determined by how long the viewer stuck to a video. So people who publish longer videos are expected to benefit more.

While Google did not detail the new revenue sharing split, its updated YouTube Partner Program terms from April had laid out a split of 55 percent of total net revenues recognised by YouTube from subscription fees that are attributable to the monthly views or watchtime. This is quite low compared to Spotify's 70 percent, and Apple Music's 71.5 percent. The move is expected to benefit creators however, with the chance of earning more money from subscriptions than from advertising.

Wipro to Train 10,000 Employees on Digital Technologies This Year
Eight Simple Tips to Increase the Battery Life of Your Mobile Device