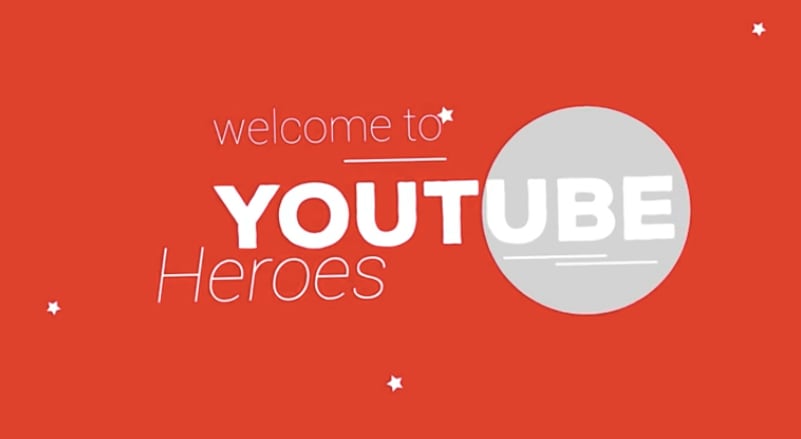 YouTube, being the world's largest video sharing platform, wants to make sure that its users receive the best possible experience. With over a billion accounts from around the world, it is quite difficult for YouTube to solely moderate its own site, which is why the company is announcing a new programme wherein the job to moderate comments and videos now fall into the hands of the viewers. The programme is called YouTube Heroes which comes alongside the recently launched Community section.

Announced on the YouTube Help channel, the Heroes program awards points to viewers based on various deeds performed. Points are awarded by adding captions and subtitles to videos, reporting negative content and responding to other users, among other things.

Collecting enough points will let you unlock different levels, with each level offering new benefits. Unlocking the starting level lets you see the Heroes dashboard where you can connect with other members in the community. The fifth level is the highest (requiring 1000+ points) where the 'Hero' will be able to test products before release and can apply for what YouTube calls the Heroes Summit.

YouTube has not been the best when it comes to moderation. Many a times unfavourable comments and negative contents are overseen and the company wants to make sure that doesn't happen. Trusting users to moderate also frees up the company to work on bringing new updates, features and improvements to its site.

Anyone can apply for the YouTube Heroes programme. Especially those who enjoy the platform and genuinely want to better it. While the programme is a positive step from Google-owned YouTube's part to moderate the site, one will have to wait and see how users respond to it. Those interested in joining the programme can do so from here.